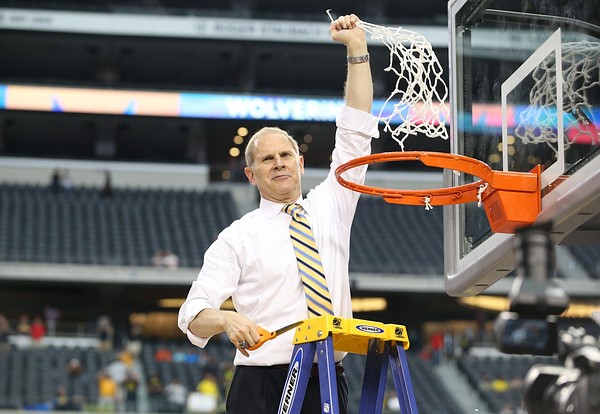 John Beilein isn't going anywhere anytime soon. Wednesday, Michigan announced Beilein has signed a contract extension that will keep him in Ann Arbor through the 2018-19 season.

?I am very excited to have this opportunity to coach at the University of Michigan for at least five more years,? Beilein said in a school release. ?I am grateful that President Coleman and Dave Brandon are pleased with the direction of our program and have extended this offer of agreement."

This past season, Beilein guided the Wolverines to 31 wins, which tied the program record, and the NCAA title game, where it lost to No. 1 overall seed Louisville.

?John is a tremendous ambassador of the University of Michigan and one of the most highly respected coaches in the country,? Michigan AD Dave Brandon said in the release. ?He recruits outstanding young men to represent the men?s basketball program and develops them as players, students and future leaders."

Michigan has been to the NCAA tourney three consecutive seasons and four of the past five years under Beilein, who has compiled a 122-85 record in six seasons in Ann Arbor.