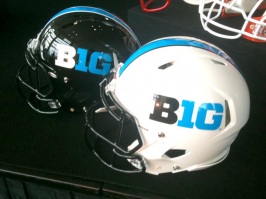 For the seventh straight year, Dave Revsine, Gerry DiNardo and Howard Griffith will anchor the network?s game-day studio coverage on Big Ten Football Saturday, and will contribute to additional studio shows during the week.

Crouch is the 2001 Heisman Trophy winner from Nebraska. Denari currently does play-by-play for the Indiana Pacers and Indiana Fever. Miller, Michigan State alum and former NFL quarterback, is a regular contributor for NFL Network on Sirius/XM Radio. Burmeister, former Iowa quarterback, is currently a studio host and reporter for the NFL Network. Ray is a former Michigan defensive back and member of the 1997 National Championship team.