Bill Carollo: 'We have to change behavior' 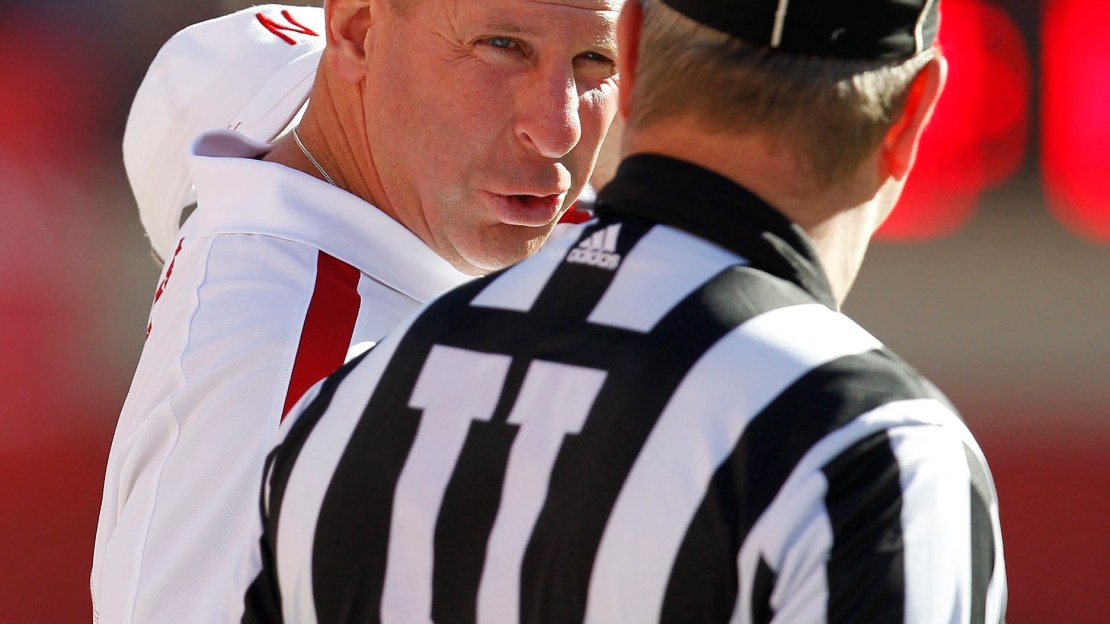 Big Ten officials coordinator Bill Carollo didn?t hesitate when I asked him what the point of emphasis was going to be for officials this fall: blows targeted above the shoulders at defenseless players.

?If it happens,? Carollo said, ?the player will be automatically ejected from the game.?

And if officials have any doubt if a hit violated the guidelines, they have been told: ?When it doubt, throw him out.?

Does that seem harsh? Last year, such an infraction resulted in a 15-yard penalty. But, these are new, evolving times. And player safety is the No. 1 goal of the Big Ten-and everyone involved with college football.

That was an overriding sentiment at a recent officials football summit held in the InterContinental Hotel in Rosemont, Ill., near O?Hare Airport. Around 200 officials from the Big Ten, Mid-American Conference and Missouri Valley Conference attended a three-day event that was led by Carollo, one of the most respected and revered officiating figures in the nation.

?This is a chance for all of us to get better at what we do,? said Carollo. ?We always want to be on top of our game and take great pride in what we do.?

Myriad topics were discussed during the clinic, including a new interpretation of blocking below the waist and some game-clock modifications. You can read about the new rules here.

But none of the new rules will have the impact-or create the buzz–of the new on-the-spot suspension penalty for targeting a defenseless player above the shoulders.

?I think it?s one of the biggest rule changes we have seen in a number of years,? said one official in attendance. ?But I think it?s a good rule. We need to protect the players.?

Carollo is even more to the point of how important it is to stress player safety.

?We have to change behavior,? he said. ?Otherwise, we won?t have a game.?

The new penalty for targeting-along with the other new regulations-was approved back in the spring, when most of us were immersed in hoops. But back in March, the Playing Rules Oversight Panel approved the rule that requires players who target and hit a defenseless player above the shoulders to be ejected.

?We went out to spring practices and educated the players and coaches on the new rules,? said an official I spoke to. ?And they seemed to pick up on it quickly. We can still just call a 15-yard penalty. But if there is any doubt about a player targeting a defenseless player, we will throw the flag and make an ejection.?

Again: When in doubt, throw him out.

In an effort to address concerns when one of these plays is erroneously called on the field, the ejection is reviewable through video replay. The replay official must have conclusive evidence that a player should not be ejected to overturn the call on the field. But, as most officials said at this event, the likelihood of a booth reversal is slim.

A postgame conference review remains part of the rule, and conferences retain their ability to add to a sanction. The committee will also allow a postgame review to reduce a suspension if warranted. But the conference office doesn?t want to be involved in this process, if possible. In fact, the Big Ten office has given very direct orders to the Big Ten officials to adjudicate all matters on Saturdays. The league office doesn?t want to have to deal with these matters on Mondays.

Carollo knows the new targeting penalty rule likely will result in a lot of scrutiny from the media and cries from fans. But he doesn?t care. He knows he and his officials have the support of commissioners.

It will be interesting to see how often players are ejected-especially early in the season. Will there be a spat of suspensions early? Then, will adjustments be made by players and coaches?

Many football purists already think the sport is getting soft, as rules continue to be adopted that seemingly take away the ferocity and big hits that help make football, well, football. You?ve surely heard friends complain about it. But, it doesn?t matter. The ship has sailed: player safety now takes precedence over everything.

Hard hits still can be delivered. They just must be delivered safely. Players can?t strike other players with the crown of their helmet anywhere on their body. But a player can deliver a devastating blow with his shoulder to another player?s torso and legs.

?If a receiver is on the sideline and is fighting for that extra inch or so to get a first down and gets blasted by a defender, I have a hard time with a flag being thrown for that,? said 1991 Heisman winner and Michigan icon Desmond Howard, who spoke at the clinic. ?If the receiver didn?t want to get hit, he could step out of bounds. I?m an old-school guy. I just don?t like the rule. And I?m an offensive guy.

It seems every day, there is some media account about the potential long-term effects of playing football. That has everyone involved with the sport ultra-sensitive about trying to protect the future of the sport by making it safer today. Hence, rules emphasizing player safety are in vogue.

?We always are going to error on the side of player safety,? said Carollo.

Last season, kickoffs were moved from the 30- to the 35-yard line. Why? Because it was hoped that more kickoffs would result in touchbacks, thus eliminating the potentially violent collisions that take place of kickoff returns. Other changes enacted last year aimed at player safety included if a player lost his helmet on a play, he had to sit out the next play. And players also were prohibited from leaping over blockers in an attempt to block a punt.

But none of those had the impact or drew the attention of this new penalty for targeting.

?This is America?s No. 1 sport because it?s a collision sport,? said Howard. ?I think there is such a groundswell for player safety. I don?t think fans will go against it.?

Fans will have no other choice. This is a new age in football. Safety rules. Get used to it.