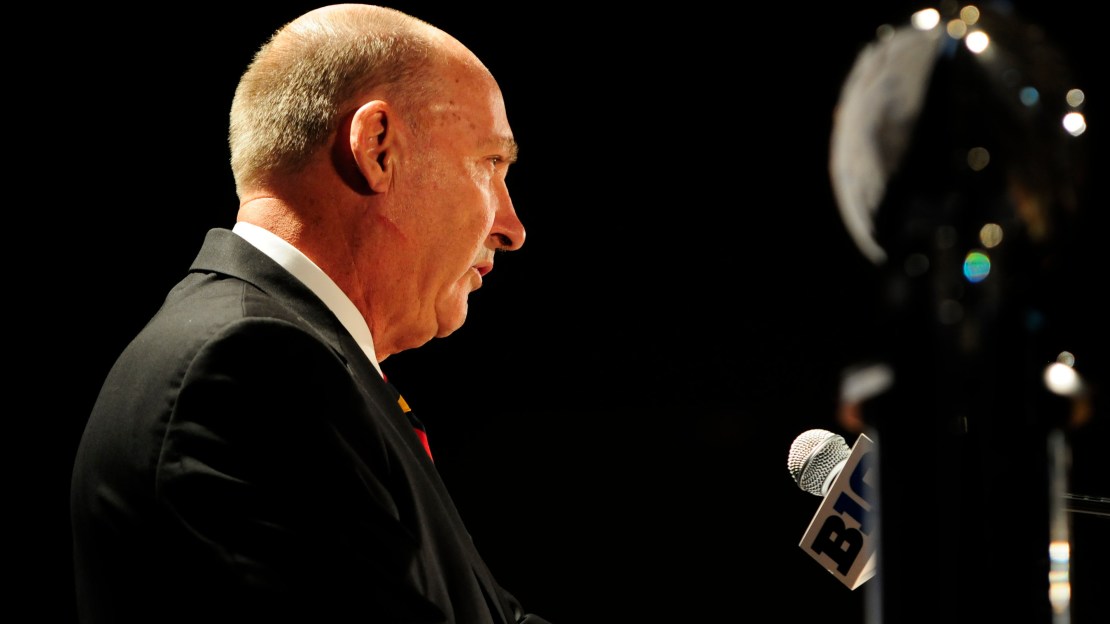 Back in April, the Big Ten announced it was going to implement a nine-game conference schedule, starting in 2016. Thursday, it unveiled the first such schedule-along with the 2017 Big Ten league slate.

One thing fans will notice in the 2016 and 2017 schedules is conference games being played earlier in the season. Previously, league games typically didn?t begin until October-depending on calendar quirks. But the extra league contest has pushed Big Ten action forward in the calendar, as schools will drop from four to three non-conference games in 2016 to accommodate the inflated Big Ten slate.

The first conference game in 2016 is still in October-barely: Oct. 1; but in 2017, league action kicks off on Sept. 2, with Ohio State playing at Indiana. There are no Big Ten games the next week, but league action dots the docket on Sept. 23 and 30.

The 2016 schedule will feature the introduction of ?parity-based scheduling? for cross-division games. The idea: The top teams in the East (Ohio State; Michigan; Penn State) would play more games vs. the top teams in the West (Nebraska; Wisconsin; Iowa). One look at the cross-division opponents for each school listed below shows that, indeed, parity-based scheduling is in full force. And it?s a beautiful thing.

Purdue and Indiana will play the only annual division crossover tilt. In the previous alignment, every Big Ten squad had one protected crossover foe each year. While Purdue and Indiana's battle for the iconic Old Oaken Bucket is the only protected crossover, the league will have a cross-division rotation with teams playing all of the other league members at least once every four years.

The nine-game Big Ten schedule will mean more quality games dotted across the fall landscape. That should make fans and TV executives happy, as the league welcomes Rutgers and Maryland in 2014, when it also realigns divisions based on geography and not competitive balance and also dumps the widely panned ?Legends? and ?Leaders? division names. The 2014 and 2015 seasons will feature eight Big Ten games under the new East and West Division alignment before the nine-game menu commences in 2016.

The Big Ten athletic directors and presidents also have approved a model that includes playing at least one team from a major FBS conference each season and no FCS foes. The 2016 season is when Delany hopes the model will be in place league-wide. The 2016 and 2017 non-league games for many Big Ten schools remain a work-in-progress.

The Big 12 and Pac-12 are the other major conferences that play nine league contests. Will the ACC and SEC follow suit? The Big Ten last played nine conference games in the 1983 and 1984 seasons.