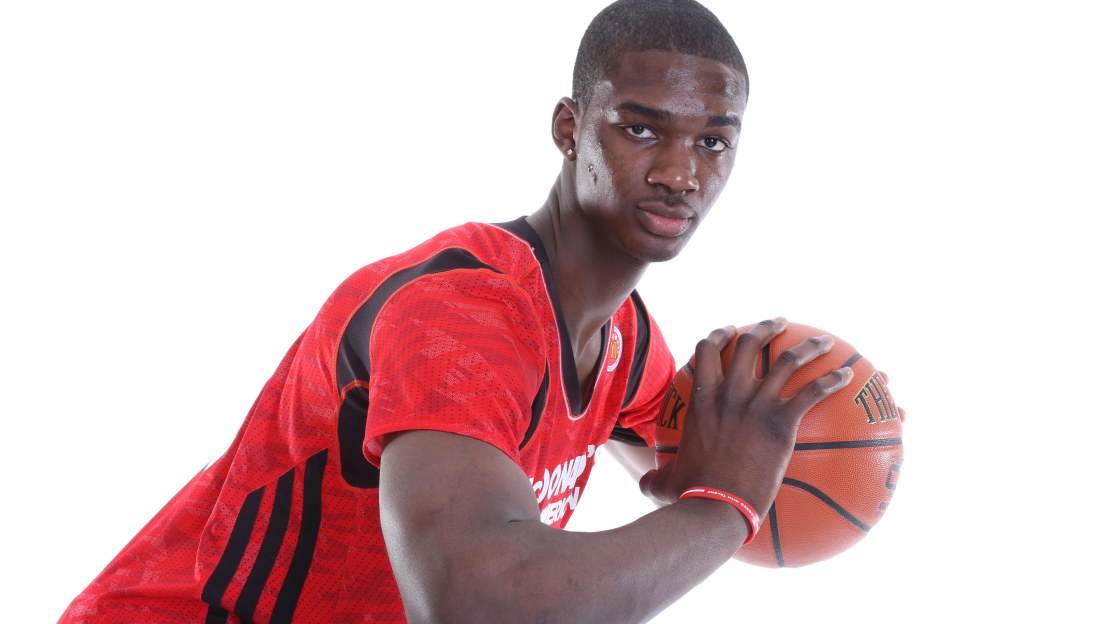 Lots of hoops on the day before the 4th of July. Let?s start here, with a look at a series of rankings of the Big Ten?s top 2014 NBA prospects, as compiled by the great Marcus Fuller of the St. Paul Pioneer-Press.

The No. 1 2014 pro prospect on Fuller?s list may shock you: Incoming Indiana forward Noah Vonleh. Fuller has Michigan?s Mitch McGary No. 7. Like many, I still am miffed that he didn?t turn pro after last season. Oh, well, I am thrilled to watch him for at least one more season!

"There?s a significant drop-off from Kentucky to everyone else, but Tom Izzo does have NBA-caliber talent. Both Adreian Payne and Gary Harris returned to school, and could be lottery picks in 2014. The Spartans also have point guard Keith Appling, along with strong, athletic wing Branden Dawson and skilled forward Denzel Valentine — who will all make money playing the game after they finish college."

So, you can see why Michigan State is the pick by everyone in the galaxy to win the Big Ten next season.

BUCKEYES NONCON SLATE: Ohio State?s non-conference hoops schedule was announced recently. There isn?t a lot of heavy lifting for what should be a veteran team. And, that?s sorta disappointing.

There is a trip to Marquette, a visit from Maryland and neutral site game vs. Notre Dame. That?s it. (I?m shrugging my shoulders right now.)

MICHIGAN'S RAY-RAY: This makes a lot of sense: Michigan wants Nik Stauskas to model his game after Ray Allen.

"He's a big Heat fan, I want him watching Ray Allen," John Beilein said. "Ray Allen is a very quick-release (shooter), you have to be right on his toes to (defend him).

"Nik's really working hard at that."

No doubt, Stauskas  is a sweet shooter. But defense? That?s an area Stauskas must improve.

ILLINI GET METRO EAST RECRUIT: This is difficult to believe: When Malcolm Hill arrives in Champaign from Belleville East just outside of St. Louis, he?ll be the first player from the metro east area to play for Illinois since Collinsville?s Richard Keene started for Lou Henson last squad in 1995-96.

WATFORD READY TO PROVE SOMETHING: Christian Watford wasn?t drafted-which still seems a bit surprising. Now, he?s ready to prove himself to the Pacers in the summer league.

?I really thought I was going to get drafted, so now I?m just switching my mindset to showing off what I can do in these summer leagues,? Watford said. ?My dream of playing in the NBA is still very much alive. I just have to work a little bit harder now.?

NEBRASKA'S HOOPS COMMITMENT: Nebraska will pay its assistant hoop coaches a combined $636,000 this coming season. For perspective, Lee Barfknecht of the Omaha World-Herald points out that the season before Tim Miles was hired, the Husker hoop assistants made an aggregate $481,650.

This, ladies and gentlemen, is called putting your money where your mouth is. The investment this school is making in basketball-including a dynamite new arena that opens this fall and already christened palatial practice facility–is very impressive. I hope it all pays off.

Now, when is Northwestern going to build a Big Ten-quality arena?

COLEMAN TO ST. MARY'S: Looks like former Gopher Joe Coleman has picked a destination: He will play at St. Mary?s.

My take: How great is this? Awesome on many fronts. Congrats!