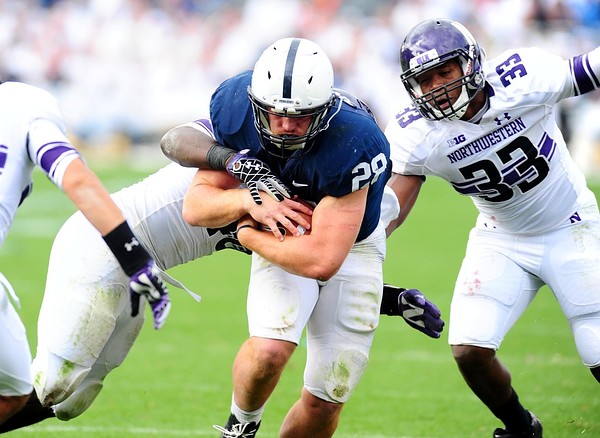 California, here comes the Big Ten! Later today, the Big Ten will announce agreements to send teams to the Holiday Bowl in San Diego and the Kraft Fight Hunger Bowl in San Francisco, beginning with the 2014 season. The Pac-12 will be the foe in each bowl. The Big Ten had a tie-in with the Holiday Bowl from 1986-94. Illinois played in the Kraft Fight Hunger Bowl after the 2011 season.

Earlier, the Big Ten reached an agreement with the Pinstripe Bowl in New York, also set to start in 2014. The league also is expected to add the Music City Bowl in Nashville to a postseason roster that also is expected to continue to include the Capital One, Outback and Heart of Dallas Bowls moving forward after this season.

The league also reportedly is negotiating to be part of a new bowl in Detroit run by the Lions.

It?s good to see the Big Ten extend its reach deeper into California. Hey, it?s all about spreading the Big Ten brand from coast to coast. No other league will have bowls that will stretch from California, to New York, to Florida, to Texas.

1K ZACH ZWINAK: Penn State running back Zach Zwinak became one of my favorite players last season, when he had one of the most surprising 1,000-yard seasons in recent Big Ten history.

But make no mistake about it: Zwinak was not an overnight sensation. He paid his dues with lots of hard work. And that?s what makes his rise to prominence even that much more admirable. Now, what will Zwinak do for an encore? I?m guessing he will run for another grand this fall.

MICHIGAN ON TOP: This just in: Michigan is the nation?s most athletically and athletically dominant school, according to BuzzFeed.

Feel free to belt out the fight song, Michigan alums. You deserve it.

TRUST IN SPARTANS ASSISTANTS: It?s rare for Big Ten schools to give multi-year contracts to assistant coaches. But Michigan State?s assistants are on two-year deals. And Spartan defensive coordinator Pat Narduzzi has a three-year deal. He?s worth every day and penny on the contract.

Who knows, maybe one day Narduzzi will be the Michigan State head coach, but Mark Dantonio said recently he?d like to be coaching in 2020. Stay tuned. Either way, Narduzzi will be a head coach somewhere-and it?s difficult to see him still being at MSU until 2020 as a DC.

SMART SCHEDULING, PENN STATE: Good buddy Bruce Feldman of CBSSports.com has it correct when he says Penn State?s soft non-conference schedule is perfect for breaking in a new quarterback.

But that?s one par with a Big Ten non-con menu that lacks high-calorie foes. Thirteen games vs. the MAC. Ten vs. the FCS. And the lone SEC foe is SEC newcomer Missouri, which plays at Indiana. Ugh. Sam McKewon  of the Omaha World-Herald has a nice ranking of 48 mostly sleepy September games. No. 1? Notre Dame at Michigan. Did you really have to ask?

BADGERS GET A VERBAL: Big doings for Wisconsin, which received a verbal commitment from a stud prep junior quarterback from Utah.

PURDUE ADDS SIZE: Purdue also landed a huge-literally and figuratively-commitment from a big-time offensive lineman, who will be a senior this fall.

LIFE AFTER FOOTBALL: Not all of the offseason for players is spent prepping for on-field play. Nope. Ohio State players recently learned how to plan for life after football. Urban Meyer has developed a plan called ?Real Life.? Check it out.

Business leaders such as Limited Brands CEO and chairman Les Wexner have spoken to the team. So have former players such as Mike Doss, Jeff Logan and Dee Miller.

TRIBUTE TO ZABEL: Iowa fans will enjoy this tribute to legendary Hawkeye broadcaster Jim Zabel, who died this spring.

Who doesn?t love Lou Henson? Honestly. The former Illinois coach is one of the sport?s good guys. And Marcus Jackson of the Champaign News-Gazette recently caught up with the hoops coaching icon. And, he asked him three questions.

Since I'm about 2,600 miles from Penn State, can anyone confirm if there was white smoke coming from Old Main when Hackenberg arrived? Hmm.

My take: If there wasn?t, there should have been.

It?s hard to put a lot of stock in the Heisman Watch breakdowns in September and October, let alone June.

My take: True, but the ?season of speculation? often is more fun than the actual event.

My take: He won?t get drafted.

It's 1 p.m. on a Sunday and I'm psyched about #Northwestern basketball recruiting. Was not expecting this.

My take: You see, miracles do happen.