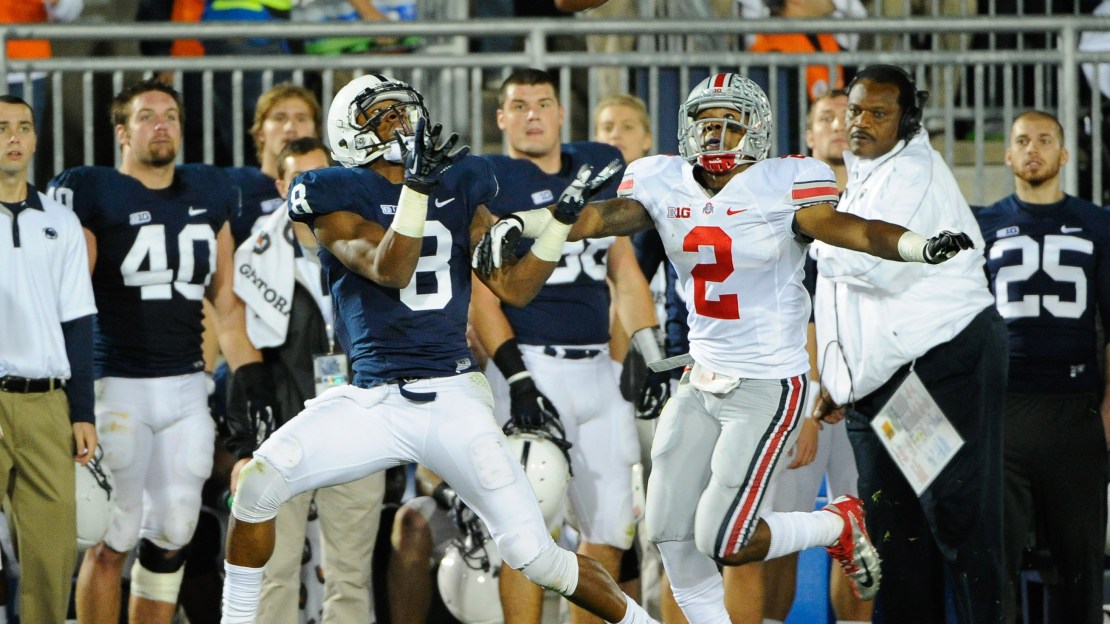 I?m continuing my early week-by-week look at the 2013 Big Ten schedule, and it?s all about Week 9 today. This week features only four games, highlighted by Penn State's trip to Ohio State. Get all my Week 9 storylines, top matchups and game rankings in this post.

Game of the week: Penn State at Ohio State. The Nittany Lions have to be dreading the trip to Ohio State to play an OSU team that will be picked to win the Big Ten. The Buckeyes have had Penn State?s number in recent years, too, winning eight of the last 11 meetings. Ohio State leads the all-time series, 15-13, however it's 14-8 when all vacated games are taken into account. Points may be difficult to come by for the Nittany Lions if the quarterback position isn?t solidified by this time in the season.

Quarterback matchup to watch: Future stud, meet present stud. I?m going out on a limb and saying true freshman Christian Hackenberg will win the Penn State quarterback job-and thrive. The guy arrives on campus with a thick scrapbook. If he?s not the starter, it will be a disappointment. He?ll face Braxton Miller, the Big Ten Heisman front-runner and all around awesome talent.

Coordinator matchup to watch: It will be interesting to watch sage Illinois offensive coordinator Bill Cubit match Xs and Os with Michigan State defensive coordinator Pat Narduzzi, the best in the Big Ten. The Illini have some skill-position talent that could pose some matchup issues for the talented Spartans defense. Illinois wants to be more of a down-field running team. Can it do so vs. a strong MSU front seven?

Upset alert: Northwestern has been Iowa?s Kryptonite, winning six of the last eight meetings. The teams meet this season in Iowa City. But the Hawkeyes are just 1-3 in the last four meetings with the Wildcats in Kinnick Stadium. Still, this is an Iowa team that may be battling for its postseason life when this game takes place. Things could get interesting for the talented Wildcats if they aren?t careful.

Storylines: Another slow week, with four teams off in the last Saturday in October–Indiana, Michigan, Purdue and Wisconsin. ? With a soft home schedule, the Spartans will need to score a road win or two to enjoy a strong 2013. One they need to win is at Illinois. This is a Fighting Illini squad that will enter the season on a 14-game Big Ten losing skein. And Michigan State has dominated the series of late, going 11-1 vs. Illinois in the last 12 meetings. The Illini?s last win vs. the Spartans in Champaign was in 1992. ? How lopsided has the Nebraska-Minnesota series been? Check it out: Nebraska has beaten the Golden Gophers 16 times in a row. The last Gophers? win? A 26-14 decision in 1960.