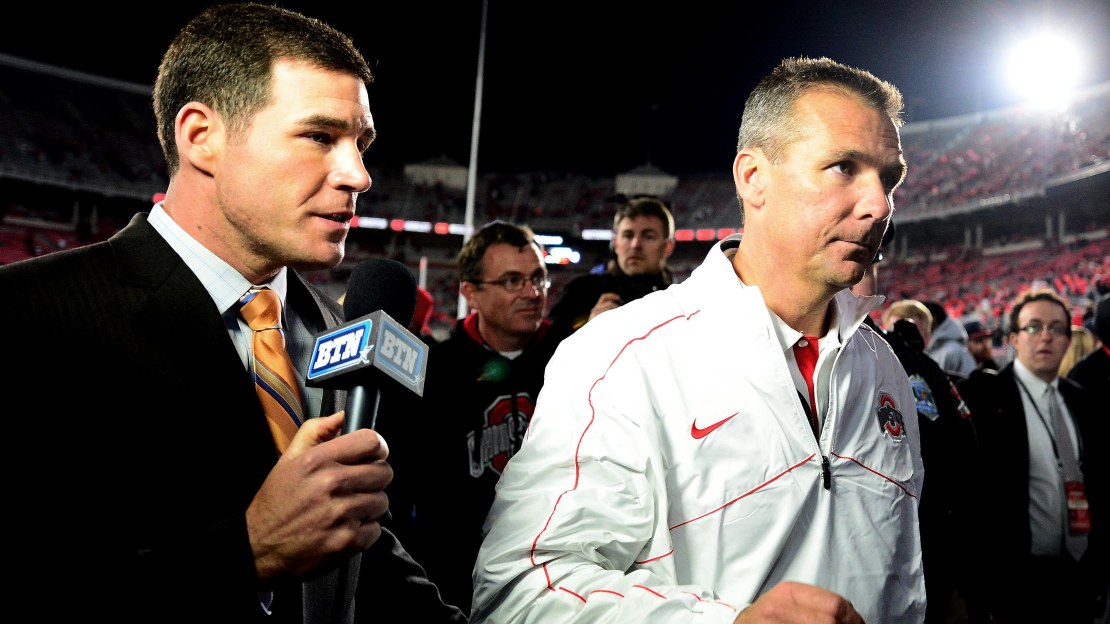 HBO recently announced that the Cincinnati Bengals will be the subject of this year?s edition of Hard Knocks. Yawn.

The Bengals were featured on the program in 2009. An encore? For the ? Bengals? And you thought ?Caddyshack II? stunk. If it?s this difficult to get fresh teams, then I say punt the ?Hard Knocks? series. Besides, how many times can we watch some poor sap get cut?

Still, this got me thinking: Which Big Ten teams would provide the most entertainment and lead to the most intrigue if BTN produced a similar training camp series?

Here are the six Big Ten schools I think would make for the best subjects. (Just play along, OK?)

1. Ohio State. Ladies and gentlemen, I present the Dallas Cowboys of the Big Ten. Sorry, Michigan. But, it?s true. No conference school moves the needle more than the Buckeyes. Making Ohio State even juicer in 2013 is the fact it?s picked by many to play for the BCS title coming off a 12-0 debut under uber Urban Meyer-who you either love, hate but never ignore. Another star: QB Braxton Miller. This script writes itself, people. Just turn the cameras on and walk away.

2. Iowa. The Hawkeyes are dripping with storylines. Pressure may be mounting on Kirk Ferentz as he tries to right a listing ship along Melrose Avenue. The coaching staff has been in flux and the quarterback spot is one humongous question mark. Want more? Iowa?s win total has gone from 11 to 8 to 7 to 4 the last four seasons. Gulp. No need to fake tension. It?s palpable. Welcome to "Team Tumult." Someone turn out the lights and get me some Orville Redenbacher.

3. Penn State. I?d love to be a fly on the wall of Bill O?Brien?s office as he juggles a paper-thin roster while continuing to deal with severe NCAA sanctions. How does he do it all? Oh, and I?m dying to get a peek at wunderkind quarterback Christian Hackenberg, who?s seemingly a legend before even molding his first mouthpiece. It seems like we have been writing about the kid for a decade already.

4. Michigan. I don?t know about you, but I think America wants to see the Wolverines take their first steps without iconic Denard Robinson. And we also could see Devin Gardner take his first steps to superstardom, and check out mega-recruit Derrick Green, too. Is he REALLY the best incoming freshman running back in the nation? Oh, and you just KNOW Brady Hoke would be a blast to watch. I?d have the volume cranked to hear his wisecracks. It would give the Michigan media stuff to Tweet for days, months, years! Over and over. Heck, the more I type, the more I think Hoke could just have his own reality show. ?Late Night with Brady.? Perfect.

5. Wisconsin. The ?Mouth of Madison? is gone. Too bad, cause you know Bret Bielema would have been a real ham in front of the cameras. Gary Andersen? He is a smart coach, but he seems to have a personality that ranges somewhere between your State Farm agent and the guy who runs the paint can shaker at Home Depot. But Andersen?s arrival means change, which means drama. Plus, we could watch a new 3-4 defensive alignment take shape. And the quarterback derby will be fierce.

6. Nebraska. Let?s call it ?Bo TV.? Because, well, we?d all watch in hopes of catching some of Pelini?s ?theatrics.? The glimpses we see of Pelini on Saturdays are epic. I can?t imagine what we would witness with 24/7 access. Oh, and the Cornhuskers should be pretty good this year, too, as we could watch a defense under scrutiny come together. And QB Taylor Martinez has Hollywood looks and appeal, right?