Debate It: 2013 Defensive Player of the Year? 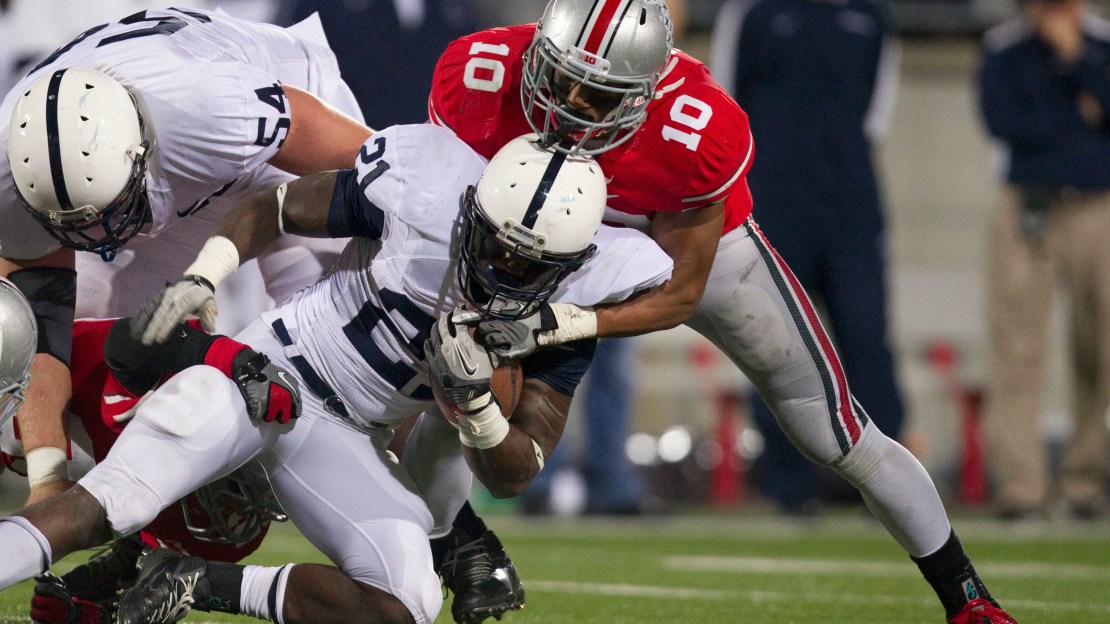 Here's what we know: There will be no repeat winner for the Nagurski-Woodson Defensive Player of the Year. Last year's winner, John Simon, is in the NFL, leaving a pool of worthy candidates to fight for the award now in its third year. Who's the top candidate entering the season? Tom Dienhart and Brent Yarina discuss it in this post.

Tom: The preseason favorite has to be the best player off what could be the Big Ten?s best defense (sorry, Michigan State): Ohio State linebacker Ryan Shazier. We knew he was gonna be special when he made a significant impact as a true freshman in 2011. Shazier blossomed last year into a playmaker extraordinaire, showing a knack for making plays sideline-to-sideline. Shazier is a volatile mix of athletic ability and instincts. Quick note: I would have had Michigan linebacker Jake Ryan on my list below if was entering the year healthy.

[ RELATED: Who will win 2013 Graham-George Offensive Player of the Year? ]

Brent: It's blind resume time. Player A's stats: 45 tackles, 14.5 tackles for loss, nine sacks and one forced fumble. Player B's stats: 42 tackles, 12.5 tackles for loss, nine sacks and three forced fumbles. After mulling over the numbers, it's not crazy to think "Player B" had the better season, no? Well, "Player A" is 2012 Nagurski-Woodson winner John Simon, and "Player B" is Northwestern's Tyler Scott. It's true. Scott was one of the Big Ten's most underrated defenders a season ago, and with much of the same faces around him, he's certain to produce and receive more fanfare in 2013.