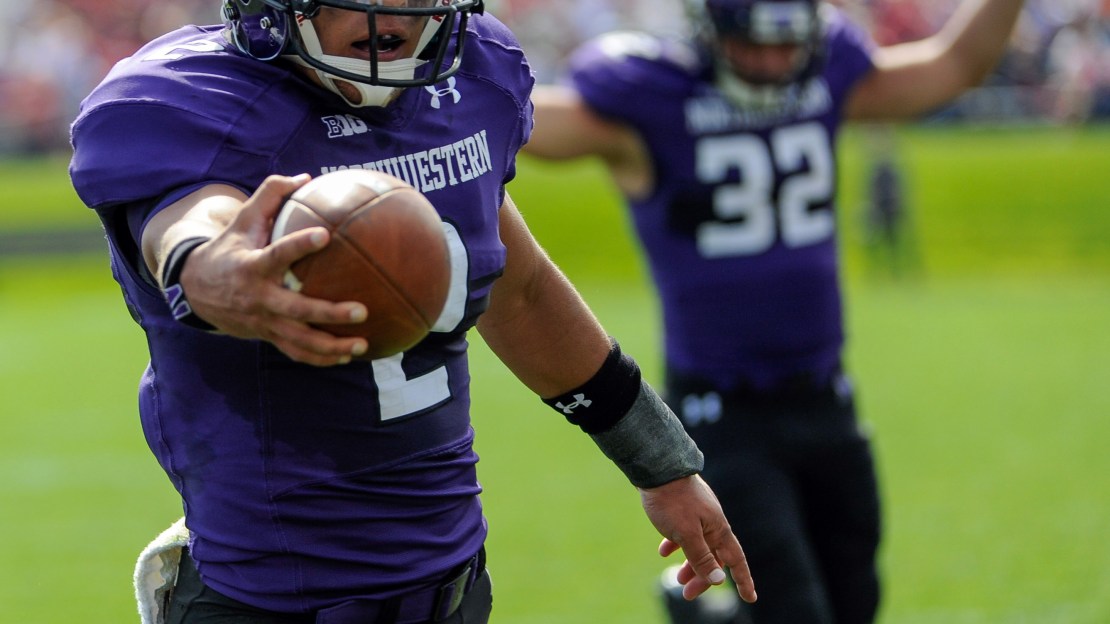 Another day, another opportunity to take an in-depth look at the 2013 football season. Today, it's all about Week 6 in my early week-by-week series. The first week of full Big Ten play, the slate offers some intriguing battles, including Northwestern hosting Big Ten favorite Ohio State. Get all the storylines, matchups and my game rankings for Week 6 in this post.

Game of the week: As the overwhelming Big Ten favorite, Ohio State will be the hunted all season, which can be an exhausting proposition. The Buckeyes will get every team?s best shot. And they need to be on guard when they travel for a prime-time game to Northwestern, which has its best team in years. Complicating the task is the fact Ohio State plays Wisconsin the week before heading to Evanston. The Buckeyes have bullied Northwestern for generations. Since losing to NU in consecutive seasons in 1962-63, the Buckeyes have gone 33-2 vs.  the Wildcats. The losses have come in 1971 and 2004, when the Wildcats took a 33-27 decision in Evanston.

Quarterback matchup to watch: Ohio State?s Braxton Miller vs. Northwestern?s Kain Colter and Trevor Siemian. Miller is the most athletic quarterback in the Big Ten. He also has an improving arm. NU continues to defy the football gods by using two quarterbacks in Colter and Siemian. Each complements the other, with Colter being the athlete and Siemian the thrower.

Coordinator matchup to watch: Keep an eye on Ohio State defensive coordinator Luke Fickell taking on Northwestern offensive coordinator Mick McCall. Fickell is a bright, young star who is destined to be a head coach again. And he?ll push the buttons on an uber-talented defense. McCall is one of the most underrated coordinators in the Big Ten, deftly balancing a two-quarterback system to give NU a top offense. There is nice depth at receiver and running back, giving McCall a lot of weapons.

Upset alert: Discounting vacated wins, Penn State is 16-0 all-time vs. the Hoosiers since joining the Big Ten in 1993. And many of those verdicts have been lopsided. But that perfect run may be in peril when the Nittany Lions open Big Ten play in Bloomington. This is a good Hoosiers squad that will have one of the Big Ten?s top offenses.

Storylines: This is the first Saturday that features exclusively Big Ten games, with five on the slate. ? One win Iowa likely has to have to go bowling is on Oct. 5, when Michigan State visits. These are two teams coming off of disappointing 2012 seasons. Iowa has had the Spartans? number lately, winning three of the last four and five of seven. It won in East Lansing in double overtime last season. But MSU won the last time it visited Iowa City in 2011. ? Illinois ventures to Nebraska. This will be the first time the schools have met since the Cornhuskers joined the Big Ten in 2011. Nebraska has played Illinois 10 times, as the Huskers lead the series 7-2-1.  The last time they played was in 1986, with Nebraska taking a 59-14 triumph in Champaign. Illinois last played in Lincoln in 1985, falling 52-25. ? With Minnesota playing at Michigan, the Little Brown Jug is on the line. To call this a ?rivalry? isn?t entirely accurate. The Wolverines have dominated the Golden Gophers. Since losing six of eight to Minnesota from 1960-67, Michigan has gone 38-3 vs. the Gophers. The Minnesota wins have come in 1977, 1986 and 2005. ? Purdue and Wisconsin are off.