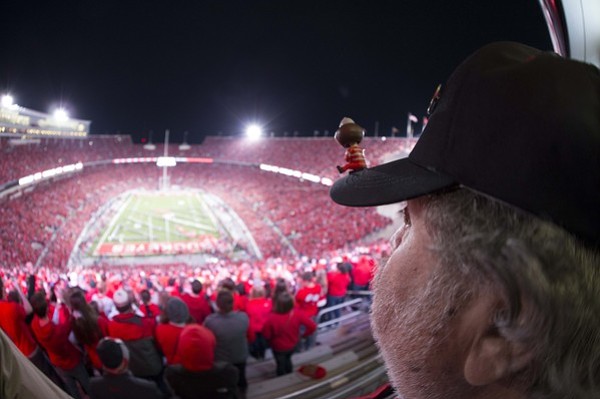 Athlon Sports has another awesome list. This time, the Nashville-based company ranks the Big Ten stadiums.

Yes, it?s a highly subjective list. No shock to see Ohio Stadium on top, followed by Penn State?s Beaver Stadium and Nebraska?s Memorial Stadium. And it was good to see Wisconsin?s Camp Randall No. 4 over Michigan Stadium. But there are a few things I would tweak.

1. Ohio Stadium, Ohio State: Loud, proud and crammed in. No place like it.
2. Memorial Stadium, Nebraska: No fan base has more passion or dedication.
3. Camp Randall Stadium, Wisconsin: The most raucous venue in the league.
4. Beaver Stadium, Penn State: Not a pretty structure but huge.
5. Michigan Stadium, Michigan: An unrivaled sea of people, but not a lot of volume.
6. Kinnick Stadium, Iowa: No edifice packs as much noise in as tight of a stadium.
7. Spartan Stadium, Michigan State: The double-deck configuration can be intimidating.
8. Ross-Ade Stadium, Purdue. Great sight lines-and can be surprisingly loud.
9. Memorial Stadium, Illinois: Recent renovations have made this a much better venue.
10. TCF Bank Stadium, Minnesota: A sparkling on-campus stadium-with room to grow.
11. Ryan Field, Northwestern: As the Wildcats have gotten better, this place has gotten more intimidating-at least a bit.
12. Memorial Stadium, Indiana: The school has invested in the stadium-and it shows.