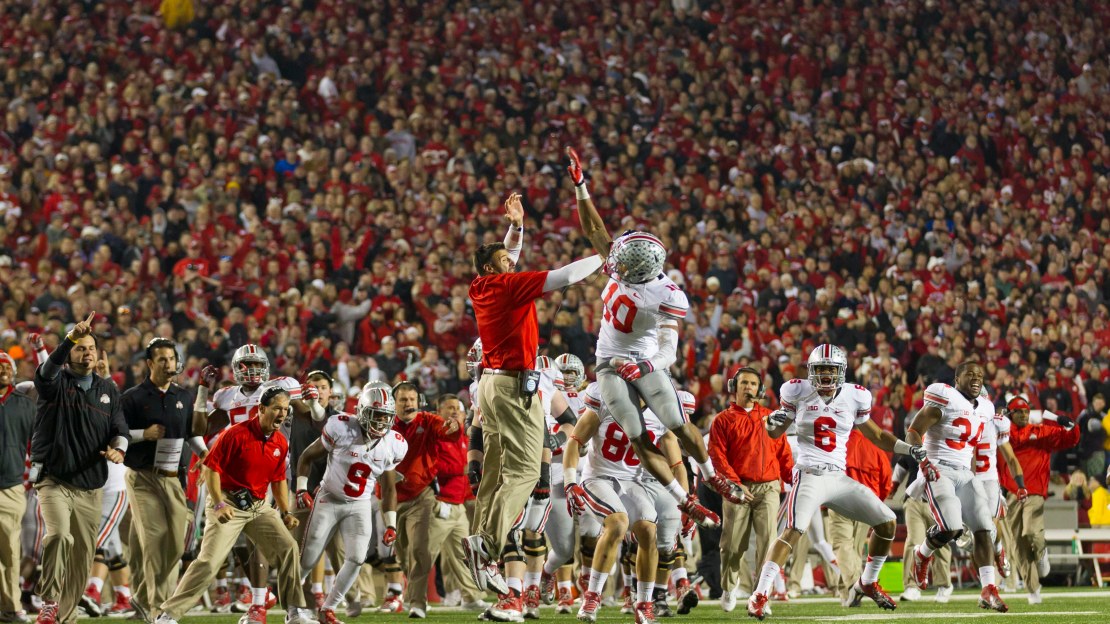 Tackles are an inexact science, to be sure. Teams award them differently, so it's not always as simple as comparing Player A from School A to Player B from School B. Whatever the case, the Big Ten returns several of its top tacklers, including 2012 leader Anthony Hitchens. Who will lead the Big Ten in tackles this fall? Tom Dienhart and Brent Yarina offer their picks in this post.

Tom: Ryan Shazier, Ohio State – If you thought Shazier was good last season as a sophomore, when he ranked second in the Big Ten and 26th in the nation in tackles (9.58 per game), wait until you get a load of him this season. And, make sure you check him out, because it may be Shazier?s last season in Columbus. He?s the most athletic linebacker in the Big Ten-and the best linebacker. Shazier is a freakish combination of instincts and ability whose passion for the game knows no bounds. Plus, he?ll be protected by the best defensive line in the Big Ten, which will allow him to roam free and work unencumbered. So, sit back and watch Shazier?s tackle totals rise.
Dark horse: Max Bullough, Michigan State

Brent: Chris Borland, Wisconsin – Borland is a risky pick, from the standpoint he's injury prone and is no stranger to missing time. But the Badgers' linebacker is worth the risk, because he's a tackling machine who will be asked to pick up some of the slack created by fellow linebacker Mike Taylor's graduation. Taylor finished last season one tackle off the Big Ten lead (123), so there are opportunities to be had for Borland, who totaled 104 tackles in 12 games last season. And no, the Badgers' new 3-4 scheme shouldn't affect Borland's production.
Dark horse: Greg Heban, Indiana

The sideline. RT @BTNBrentYarina: Today's question: Who will lead the #B1G in tackles in 2013?

?@BTNBrentYarina: Today's question: Who will lead the #B1G in tackles in 2013?? James Ross

@BTNBrentYarina @BigTenNetwork I'm biased but David Santos for NEB. Has a nose for the ball that shows signs of Lavonte David #NextB1GThing