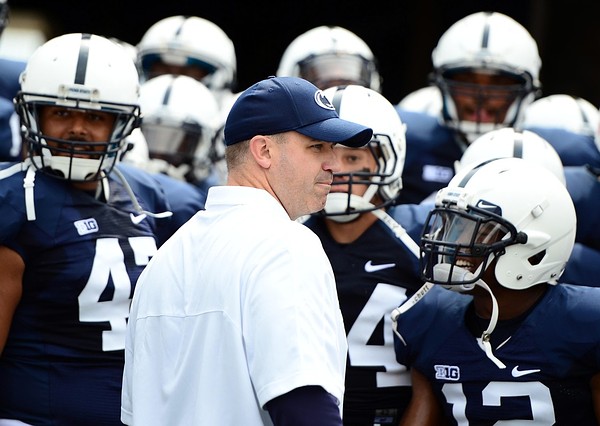 I'm leading Daily Links with baseball. Yes, that's right: Baseball! It's all a celebration of Indiana's trip to the College World Series, the Big Ten's first entrant in the grand event since 1984. The Indianapolis Star has a neat photo feature that looks at over 20 of the best all-time MLB players produced by Big Ten schools.

The secondary already was an area of concern in Madison with safety Shelton Johnson and cornerbacks Devin Smith and Marcus Cromartie gone. Safety Dezmen Southward is the lone returning full-time starter. What?s next as a solution? Junior Michael Trotter started three games last season and is improving, but his play was uneven in 2012. Donnell Vercher was inked from a junior college. Another possibility: RB Jeff Lewis could be moved to safety. Seems extreme. Stay tuned. Hey, at least the front seven is strong for the Badgers.

HINDSIGHT is 20-20: Remember when Maryland transfer Danny O?Brien was the apple of the eye of Penn State fans? Many wanted O?Brien to pick Penn State. Well, he broke some hearts and chose Wisconsin. In the end, it was a recruiting battle the Nittany Lions have to be thrilled they lost!

O?Brien was a bust in Madison and already is bolting. But imagine if he had landed in State College and beaten out Matt McGloin for the job. Hmmm. Of course, we all know McGloin went on to become a top Big Ten passer last year during a fun 8-4 season and now is impressing with the Oakland Raiders. O?Brien? Who knows where he?ll land.

Life sure is funny.

SPARTANS BACKFIELD: Michigan State left spring ball with some questions at running back. Is ex-linebacker Riley Bullough REALLY the guy? Training camp will hopefully help clear up the position, as three freshmen could impact-including Gerald Holmes, who is built and even sounds like departed stud Le?Veon Bell.

Wisconsin?s Gary Andersen is off to a good start. Purdue?s Darrell Hazell? Not so much so.

STEELE ON RETURNING YARDS: Another cool chart from Phil Steele, who I like to call the ?Professor.? This time, Phil looks at which schools have the highest percentage of returning yards.

Indiana is No. 2; Ohio State is No. 5; Northwestern is No. 6; Illinois is No. 7. So, let?s call 2013 the ?Year of Offense? in the Big Ten. In case you are wondering, Purdue is the Big Ten squad with the lowest percent of returning yards (118th). Darrell Hazell is gonna earn his money this fall. That?s all I?m gonna say about that.

KAFKA DRAWS PRAISE: A few days after being picked up on waiver from New England, former Northwestern quarterback Mike Kafka is in the mix to start for the Jacksonville Jaguars. At least, that's what Jacksonville GM David Caldwell is saying.

NU HEAVY ON RUNNING BACKS: This just in: Northwestern will have one of the best collections of running backs in the Big Ten.

IN BO HARBAUGH TRUSTS: We all knew Bo Schembechler was great. But Jim Harbaugh says the word of Bo was ?as close to the word of God as you can get.?

Here is the full outlandish Harbaugh quote, which came in response to a rash of suspensions for the Seattle Seahawks for taking PEDs.

I have only one word for this: wow.

BAD NEWS FOR PURDUE: File this item under ?W? for weird: One of Purdue?s top signees isn?t coming to West Lafayette. Nope. Instead, he?s going to play at ? wait for it ? Grand Valley State!!!!

You can?t make this stuff up. Oh, and feel free to dunk your head in a cold bucket of water, Purdue Pete.

MORE HUNTER REACTION: The hiring of Georgetown assistant Kenya Hunter even has the great Tom Shatel of the Omaha World-Herald in a tizzy as he sits at his keyboard.

How big is this? Shatel thinks it may be the most important assistant hire in Cornhusker annals. I guess that?s impressive. But, frankly, I can?t think of one other Cornhusker assistant men?s basketball coaching hire ? ever.

If the draft was six months away, I guarantee the speculation on these two would reverse. This is a classic case of too much time to evaluate/opine/write/speculate. Please, hurry up and get here, NBA draft. End this madness.

Phil Steele has Nebraska as one of 10 teams that could surprise this fall. He loves the Huskers' offense and schedule.

My take: See, I?m not the only one who loves Nebraska.

Flip Saunders on watching #Gophers upset No. 1 Indiana and Zeller this year: "I told him he got his butt kicked by Mbakwe in that game."

My take: He is correct. But Mbakwe kicked a lot of people?s butts.