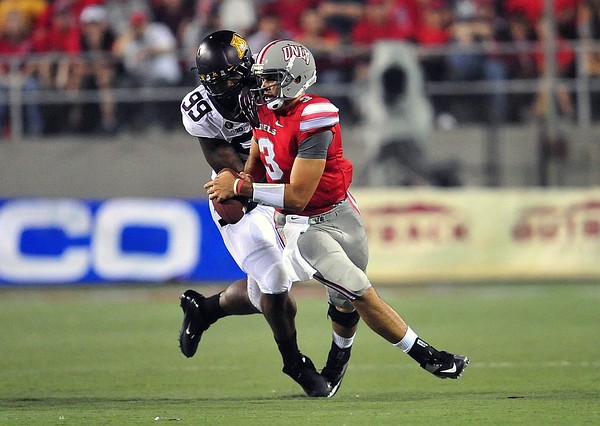 Last year was hardly the season of the sack. For the first time in at least a decade, no Big Ten player recorded double-digit sacks. Nine was good enough for the 2012 lead, shared between Northwestern's Tyler Scott and Ohio State's John Simon. Who will lead the Big Ten in sacks in 2013? Tom Dienhart and Brent Yarina offer their picks in this post.

Tom: Shilique Calhoun, Michigan State – Yes, I am going out on a limb with this choice. But, like many people, I love the potential of this rising 6-4, 248-pound sophomore. Calhoun is stepping in for departed underachiever William Gholston, whose motor rarely ran fast on a consistent basis. But Calhoun?s motor is always redlining. And he?ll be part of a talented Spartan front, which means he?ll often face one-on-one blocking. As a backup  last season, Calhoun had six tackles with 2.5 stops for loss. He also tied for the club lead with five quarterback hurries. Look for all of those numbers to skyrocket in 2013.
Dark horse: Frank Clark, Michigan

Brent: Ra'Shede Hageman, Minnesota – At 6-foot-6, 311 pounds, many forget Hageman came to Minnesota as a tight end. Every season, as expected, he's improved on the defensive line, going from zero sacks/zero tackles-for-loss as a freshman to two sacks/four tackles-for-loss as a sophomore to six sacks, 7.5 tackles-for-loss last season. Based on that rate of improvement, double-digit sacks is a distinct possibility for Minnesota's freak defensive tackle. By the way, I'm not the only one to use the word "freak" to describe Hageman. Bruce Feldman feels the same. A senior, this is the season Hageman should put it all together, figure it all out and dominate the competition.
Dark horse: Ryan Shazier, Ohio State

@BTNBrentYarina Tyler Scott, thanks in no small part to the increased pressure from Odenigbo and Lowry on the other side.

Penn State's Deion Barnes. The kid's ready for prime time. RT ?@BTNBrentYarina: Today's question: Who will lead the #B1G in sacks in 2013??