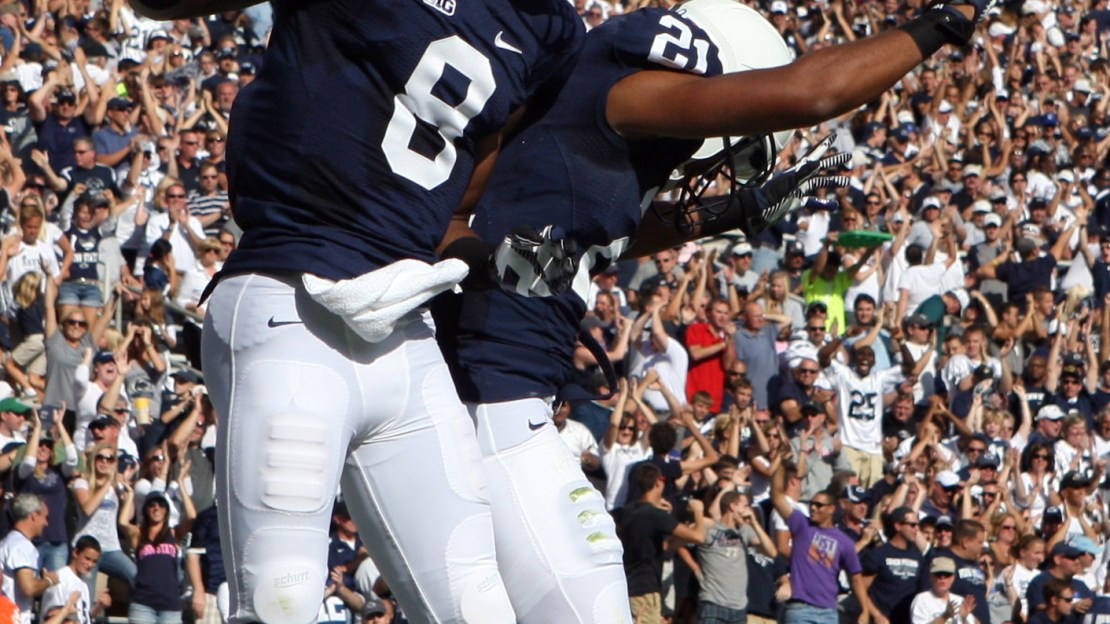 Raise your hand if you thought Allen Robinson would lead the Big Ten in touchdown receptions a year ago at this time. No hands, right? That's what we thought. Robinson entered last season with a grand total of three receptions before breaking out to pace the Big Ten with 77 catches, 1,013 yards and 11 TDs. Will there be another Robinson-like breakout this fall in the receiving TD category? Or will it be a familiar name? Tom Dienhart and Brent Yarina offer their picks.

Tom: Kenny Bell, Nebraska. Only one Big Ten player had double-digit touchdown receptions in 2012: Penn State?s Allen Robinson, who had 11. He?s back but will be working with a new quarterback. So, scratch him from your list. Bell and his funky afro are my choice. The junior came close to double-figure TD catches last season with eight. This year, I think the Cornhusker speedster will not only crack double-digits-he will pace the Big Ten. Bell understands coordinator Tim Beck?s attack fully. Plus, Bell has matured chemistry with quarterback Taylor Martinez, who continues to improve as a passer in a fast-paced offense that will feature great run-pass balance to keep defenses off balance. That will further enhance Bell?s touchdown-making chances. So, the best receiver off the best offense in the Big Ten will pace the league in touchdown grabs. Seems pretty simple, huh?
Dark horse: Devin Smith, Ohio State

Brent: Allen Robinson, Penn State – No Big Ten receiver caught more scoring strikes (11) than Robinson last season, and he should find himself on top again. Yes, even if he doesn't know who he'll have at quarterback. For the sake of this prediction, part of me is rooting for touted freshman Christian Hackenberg, who many feel has the higher ceiling than JC tranfer Tyler Ferguson. It might not matter who wins the competition, however, because Bill O'Brien's offense turned Matt McGloin, a previously dud of a signal-caller, into the Big Ten's elite passer. Thing is, with Robinson's game and ability to find the end zone, he doesn't need a QB shredding apart secondaries to haul in his share of scores.
Dark horse: Devin Funchess, Michigan