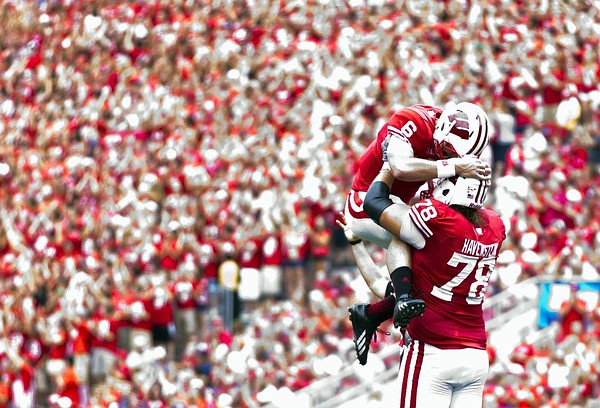 According to a foxsportswisconsin.com report, quarterback Danny O?Brien is leaving the Wisconsin program. No shock.

The Badgers quarterback situation is loaded. Sophomore Joel Stave, sixth-year senior Curt Phillips, redshirt freshman Bart Houston and JC transfer Tanner McEvoy are in the mix. The chance of O?Brien winning the post-or even netting any serious playing-seemed remote after a disappointing debut in Madison in 2012.

O?Brien arrived in Madison amid a lot of hype prior to last season after transferring from Maryland. It was a similar path to Russell Wilson, who also had transferred from an ACC school (N.C. State) amid great fanfare-and thrived.

O?Brien won the starting job but gave way to Stave in a narrow win over Utah State in the third game of the year. O?Brien faded from relevance from there on out and was buried on the depth chart. Even after Stave was hurt vs. Michigan State late in the season, coaches opted to start Phillips instead of O?Brien the rest of the season.