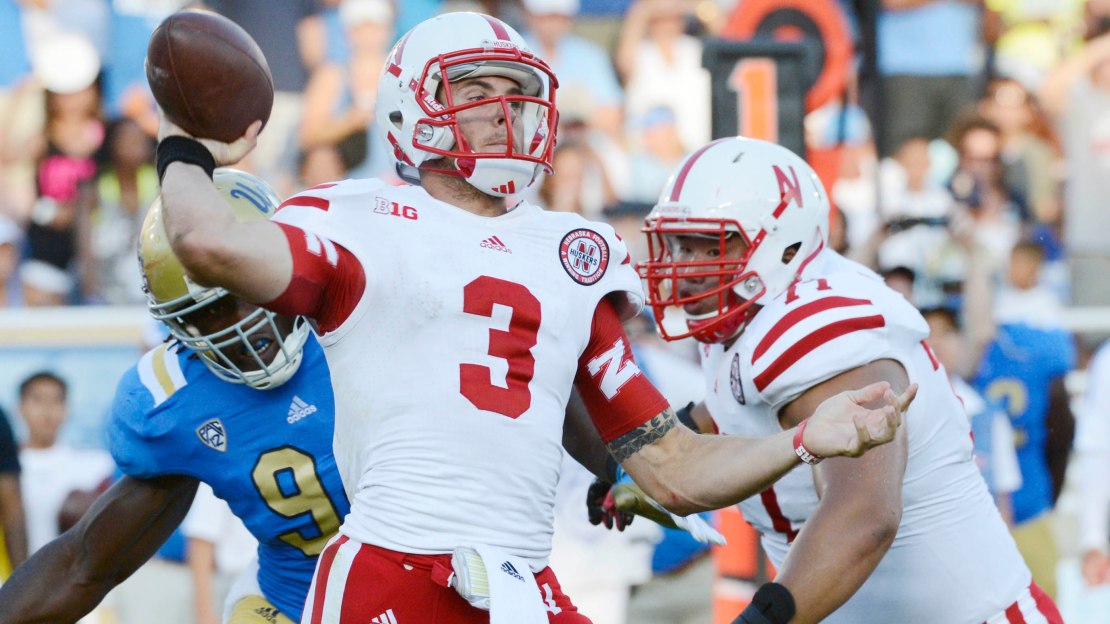 Nebraska?s Taylor Martinez has progressively gotten better each year in Lincoln. It?s no accident. A reason for that improvement has been his offseason work with quarterback guru Steve Calhoun in southern California. Well, Martinez is still working with Calhoun, looking to punctuate his Cornhuskers career in style. And, hopefully, the program?s first league title since 1999.

Especially that back right leg. It?s the key, according to Calhoun. It helps Martinez maintain balance in his throwing stance to achieve maximum accuracy.

HYPIN' THE WILDCATS: There is much hype around Northwestern this season. In fact, this could be as much preseason hype of as the program ever has gotten, coming off a 10-win season and first bowl win since the 1948 season. Here is a position-by-position look at this year?s team in comparison to last year?s standout squad.

It will be interesting to see how NU deals with big expectations.

?We?re seeing trends with student populations - not only at Michigan State but across the country, at Alabama, at Georgia, at Wisconsin, at Michigan - of individuals purchasing tickets and then making choices not to attend games,? Hollis said last week at a downtown Detroit Economic Club event. ?And you?re seeing large (empty) blocks. And your hope is, you have to connect on, what is it that they?re they missing in that experience? And what?s gonna re-engage??

That?s part of the reason MSU recently surveyed about 12,000 fans on the game-day experience at Spartan Stadium and how it can be improved. The athletic department is in the process of analyzing those results.

O'BRIEN STRIKES AGAIN: Bill O?Brien keeps reeling in the big-time recruits. The latest big get: QB Michael O?Connor. I would think most any top quarterback recruit would want to play for O?Brien, right?

It marks the second consecutive year that O'Brien has picked up an elite pro-style signal caller. Christian Hackenberg was the big fish of the 2013 class. The 6-4, 225-pound O?Connor had over 20 offers. He transferred to IMG Academy in Bradenton, Fla., in January from Chattanooga (Tenn.)

YOGA, ANYONE? I?ve always wanted to try Bikram yoga. Now that I see that incoming Michigan running back sensation Derrick Green does it, I REALLY wanna try it.

?The physical is just the flexibility,? Green told the Detroit Free Press. ?Being in that room, 105 degrees for an hour and a half, it gets to you. You?ve just got to fight through it, and you?ll definitely see the results.?

TOP DOLLAR KINNICK SEATS: Iowa has announced the prices for single-game football tickets. And Mike Hlas of the Cedar Rapids Gazette thinks the athletic department got it wrong. And, I agree.

For starters, how can you charge $55 for a ducat to the Missouri State game?

GOOD NEWS, BAD NEWS FOR BUCKEYS: The Buckeyes landed a fourth recruit of their 2014 class: Louisville, Ky., guard D?Angelo Russell. But, it looks like Ohio State will lose top assistant Chris Jent, who reportedly will be an assistant with the Sacramento Kings.

GESELL BACK AT IT: Iowa sophomore guard Mike Gesell is ready to go. And it?s because he did nothing for almost a month. That allowed for a stress reaction in his right foot to heal.

Gesell played in 34 games last season as a freshman, starting 30 times. He missed the last four regular-season games because of the injury and then battled through the pain during Iowa?s march to a runner-up finish in the NIT. Gesell played in all five NIT games but was in noticeable pain. He will be part of loaded backcourt next season in Iowa City.

BIG TEN HOOPS PRIMER: Gary Parrish of CBSSports.com has an early look at the Big Ten. Lots of great news, notes and tidbits here, including a quick look at his top five teams in the league. Yes, Michigan State is on top.

GROCE'S NEW FACES: Summer workouts are about to begin for Illinois. And, this will be fun to watch, as the Fighting Illini are breaking in nine new players.

So, if your school ever announces it has hired Parker Executive Search, start to worry.

It's time we recognize College World Series-bound Indiana University for what it truly is, which is a baseball school.

My take: Funny. Tom Crean would disagree (or would he?), but the baseball has gone farther in its sport than the hoop team did this season.

Jay Norvell, on ex-#Huskers head coach Bill Callahan: "He loved his time at Nebraska. I just don't think he was completely appreciated …"

My take: I agree. Remember, offense wasn?t the issue when Bill Callahan coached Nebraska. Defense was.

84 days/tweets til opener. Halftime adjustments can be critical to team's success. In 3rd quarter, UW outscored opponents "84'' to 58 in '12