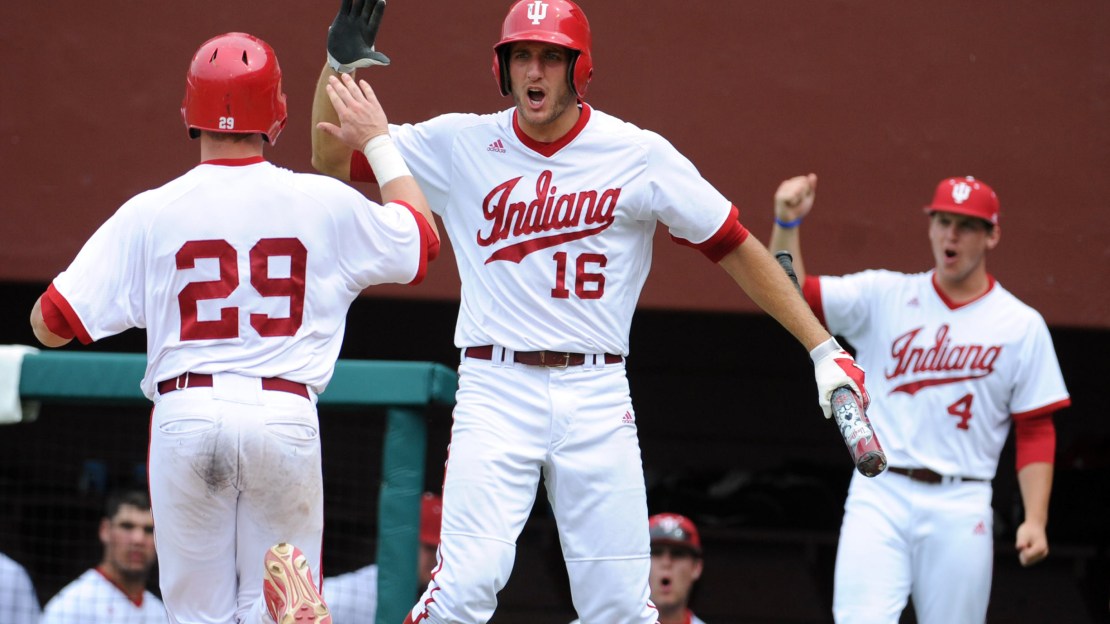 The College World Series is a pretty big deal. So, it comes as no surprise that Indiana received its share of love Sunday after sealing up the program's first CWS berth, and the Big Ten's first since 1984 (Michigan). Indiana beat Florida State, 11-6, to sweep the best-of-3 Tallahassee Super Regional.

Indiana President Michael A. McRobbie chimed in with an official statement, which can be read below.

"I join the entire university community in congratulating the IU baseball team for continuing its historic season with its first-ever trip to the College World Series.

"It is fitting that the baseball team's season for the ages would coincide with the opening of our superb new facility, Bart Kaufman Field, and we are all immensely proud of the team's accomplishments this year and the positive attention it has brought to the university.

"Winning the Super Regional on the same weekend that our standout high jumper Derek Drouin won his fifth national title adds an exclamation point to what has been one of the finest years for IU Athletics in recent memory.

"But, as coach Tracy Smith would say, there's more work to be done starting next weekend in Omaha. I, and IU fans everywhere, will be rooting on the Hoosiers as they swing for a national championship."

Proud to say at Indiana WE ARE A BASEBALL SCHOOL!!! Our Team is Rolling! Congratulations to all that make up Indiana Baseball.

What a year for IU Athletics. We just don't want the year to end! #Hoosiers

THE #HOOSIERS ARE GOING TO OMAHA!!!! #cws

Congrats to #IU baseball. Been a looooong time since the #B1G was represented in #Omaha. #Hoosiers

How 'bout them #Hoosiers! Congrats to Coach Tracy Smith and @IUBaseballNews on first ever trip to #CWS. GL in Omaha fellas!

And the B1G is back in Omaha….Indiana clinches the 3rd spot in the CWS and the 1st for the conference since 1984.