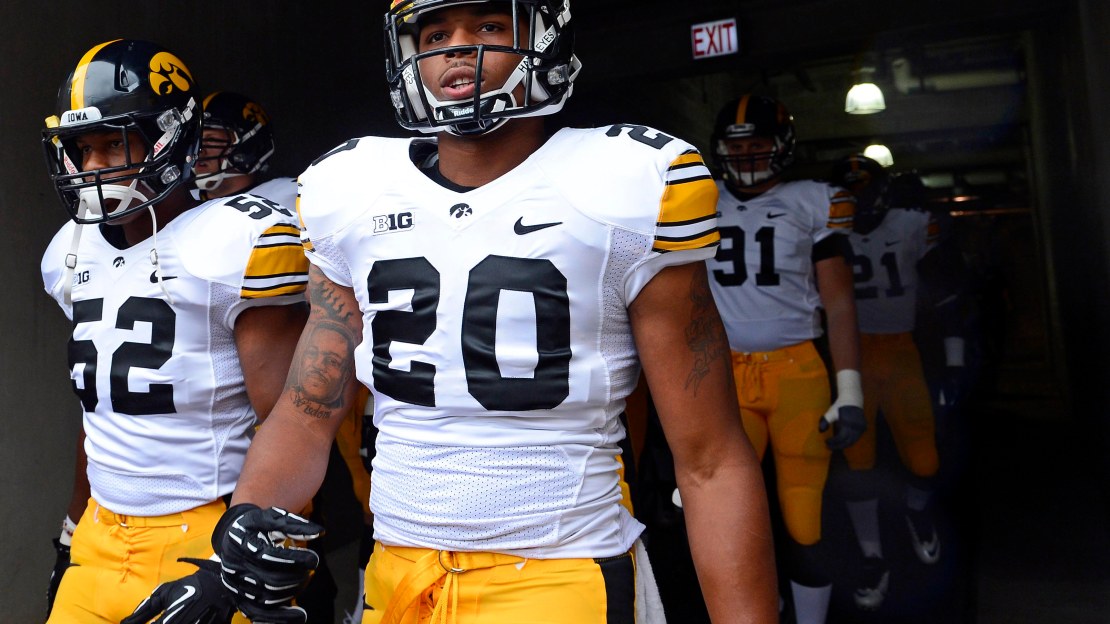 Everyone at Iowa is ready to turn the page on 2012 and move forward. Why not? Last season saw the Hawkeyes go 4-8, the program?s worst mark since 2000-Kirk Ferentz?s second season in Iowa City. Iowa missed a bowl for the first time since 2007, ending a four-year bowl run.

The Hawkeyes offense was at the root of the team?s issues in 2012. But the defense could have played better, too. Coordinator Phil Parker-who has been on Ferentz?s staff from the start in 1999–knows that.

The Iowa defense finished ninth overall in the Big Ten last season (381.6 ypg); the Hawkeyes were seventh vs. the run (162.1 ypg); seventh vs. the pass (218.5 ypg); seventh in scoring defense (22.9 ppg). Parker?s unit excelled at generating turnovers, notching 23 to rank third in the conference.

But the big plays lacked. How bad was it? Iowa ranked last in the Big Ten in sacks and last in tackles for loss.

Q: What pleased you the most about the defense coming out of spring drills?
A: I think our guys made a big jump at every level-d-line, linebackers, secondary. They all improved. There is a lot of energy right now in our unit. Would I like to be a bit farther ahead? You always would be. Are we ready to play a game? Not yet, at least not at a high level. But I am pleased with the way they worked through 15 practices. We made good progress and I like the way they are moving. We obviously are a lot better than we were a year ago in the spring. We made big jumps. Some guys up front made some big jumps improvement-wise. And I think we have more depth on the d-line than we did a year ago.

Q: Who are some key guys up front?
A: Carl Davis. He?s an inside guy who is very big. He?s 315 pounds, very athletic. He?s really made some great strides and is working hard. We?ll get Louis (Trinca-Pasat) back in the fall (shoulder injury) and I look forward to what he can do. Drew Ott played as a true freshman last year and made some good progress. (Dominic) Alvis probably had his best spring since he got here at right end. I am happy with the way he is moving. Between Carl Davis, Dominic Alvis, those are the two guys who stood out. Dom is definitely playing at a high level.

Q: You have a good-looking linebacking corps with three seniors in Anthony Hitchens, James Morris and Christian Kirksey. How does that group look?
A: They all improved. I like their progress. Jim Reid coaches the inside guys and LeVar Woods coaches the outside guys. They improved this spring. I think there is a lot of energy there. I am really pleased with how they are working and with their attitude.

Q: The secondary had some struggles last season. And star corner Micah Hyde is gone. Will the defensive backs be OK?
A: B.J. Lowery, our other corner, had a great spring. He?s back to playing at a high level. Tanner Miller has done a good job of trying to lead back there. He?s the guy who controls the secondary. We have a battle going on at the strong safety position with Nico Law and John Lowdermilk. Jordan Lomax is the other corner trying to replace Micah Hyde. We also have a couple other young guys in Sean Draper, who played as a freshman, and Maurice Fleming, who didn?t play but who has a chance. He?s a good athlete who we are working with. It will be interesting to see how it pans it out. We have to get better than where we are at now. The two strong points are Tanner Miller and B.J. Lowery.

Q: Did you and your defensive staff visit anywhere in the offseason to glean any ideas?
A: We have not made a trip anywhere yet. But everyone is trying to stop the quarterback run game. Everyone runs it. You try to study others and see how they are trying to defend it. You always talk to others on how to defend it. It?s really option football. The NFL has to face it, too. In the Super Bowl, they had the same type of runs that we see often. It was interesting to see those guys try to defend that.

Q: Have any NFL teams called you looking for ideas on how to stop running quarterbacks?
A: There are some guys who ask how we are playing it. But they have all our tape. I?m sure the owners don?t like the quarterbacks getting hit like that.

Q: How have the offenses changed since you were an All-Big Ten defensive back at Michigan State in the 1980s?
A: There are few that do what we do offense. We are more two-back. Michigan State is, too. Most teams go one back and there is so much empty, spread the field. So many passes. And the fast tempo pace. They weren?t that doing that back in the ?80s. Teams played two backs. If they went to one back, it was rare. They did throw the ball, but a lot of it was play-action. Now, it?s how fast can they run it; can you get lined up fast enough. There isn?t much huddling anymore. Offenses don?t huddle so defenses don?t huddle. It?s how many plays you can run. You try to get a game-and-half into a game in about a 3:15 period.

Q: Is it tough to prepare for offenses with mobile quarterbacks who work from a spread scheme and run read-option when your offense doesn?t run that scheme?
A: We saw it a bit more this year in practice. We did a bit last year. But that?s not who we are. It helps us and we?ll ask for things (from the offense), and they do it pretty good.