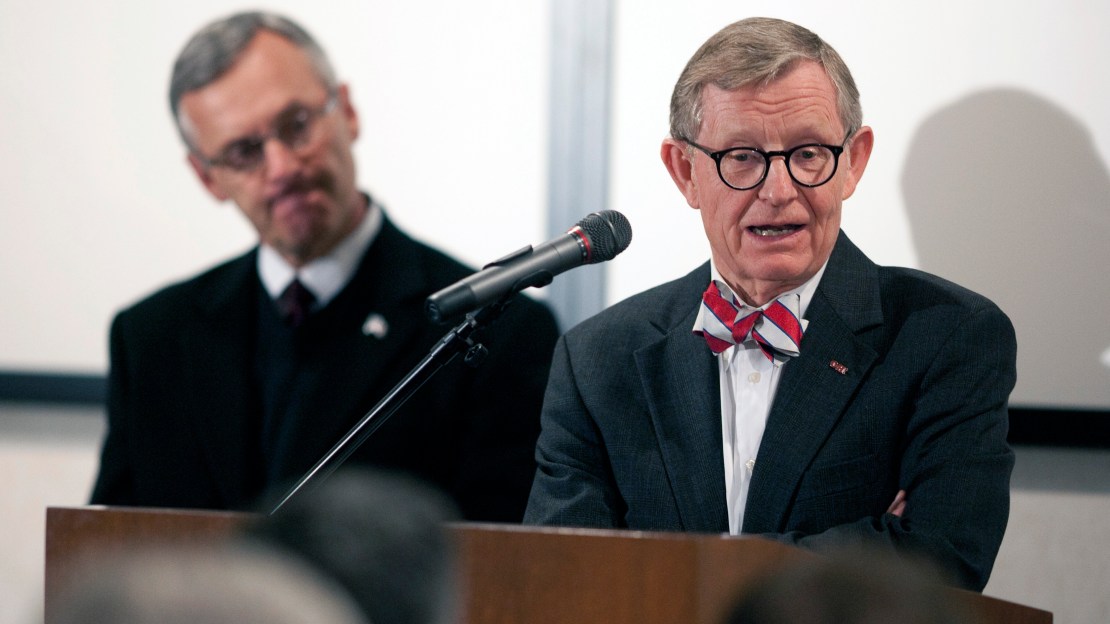 In the wake of his controversial comments about Notre Dame and the SEC, Gordon Gee announced Tuesday that he will retire July 1. News of Gee's announcement caught the attention of the sports world, including the Ohio State athletic community. Check out some of the best tweets from the Buckeyes faithful in this post.

As my time as president draws to a close, know that my love for Ohio State will continue to grow. #HowFirmThyFriendship

And now, the tweets from Ohio State personalities:

Gordon Gee you have presented our university with some many memories and your presence will absolutely be missed!!!! #buckeyeforlife

THE coolest dude of all-time is stepping down. @presidentgee, I appreciate all the time we've had together. Stay in touch. Stay awesome

Want to thank you @presidentgee for your excellent leadership and thank you for the opportunities you gave me. True Buckeye!!

So bummed to see @presidentgee retire… He was great for our university. #gobucks

Thousands of people including myself are sad to see @presidentgee retire. A great leader and supporter of the athletic department.

Thank you to @presidentgee for all he's done for Ohio State, our athletic department, and my family. He is a great leader and will be missed

Want to thank @presidentgee for providing leadership and direction to The Ohio State University. You will be missed.

How can you get rid of the best president in America for that? Brush it off and move on. Gordon gee is the man

Dr. Gee was the man I hate it had to be him!

Gordon Gee don't retire. You are my President.

Not everyone praised Gee, however: