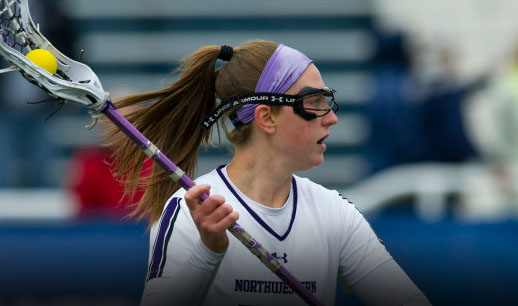 The Big Ten Conference announced Monday that men?s and women?s lacrosse will become the conference?s 27th and 28th official sports and that Johns Hopkins University has been accepted as a sport affiliate member for men?s lacrosse only beginning with the 2014-15 academic year.

Big Ten competition in both sports will feature Maryland, Michigan, Ohio State, Penn State and Rutgers, with Johns Hopkins participating in men?s lacrosse and Northwestern competing in women?s lacrosse. Big Ten rules allow for a conference championship when six institutions sponsor a program in any given sport.

The Big Ten's addition of lacrosse will help make an East Coast game popular in the Midwest. You've done it again, Jim Delany.

Did You Know: Five of the six schools in the #B1Glax are coached by Terp alums.

Gene Smith said the addition of a powerhouse like Hopkins, along with growing success in the conference, makes Big Ten lacrosse great.

With the addition of Maryland and Rutgers in 2014, the broad-based athletic programs of the 14 Big Ten institutions will sponsor nearly 350 teams in 42 different sports with almost 9,500 student-athletes, more than any other conference. The Big Ten currently features 25 official conference sports, 12 for men and 13 for women, but is set to add men?s ice hockey as the 26th conference sport in the fall.  The last official women?s conference sport established by the Big Ten was women?s rowing in the 1999-2000 academic year.