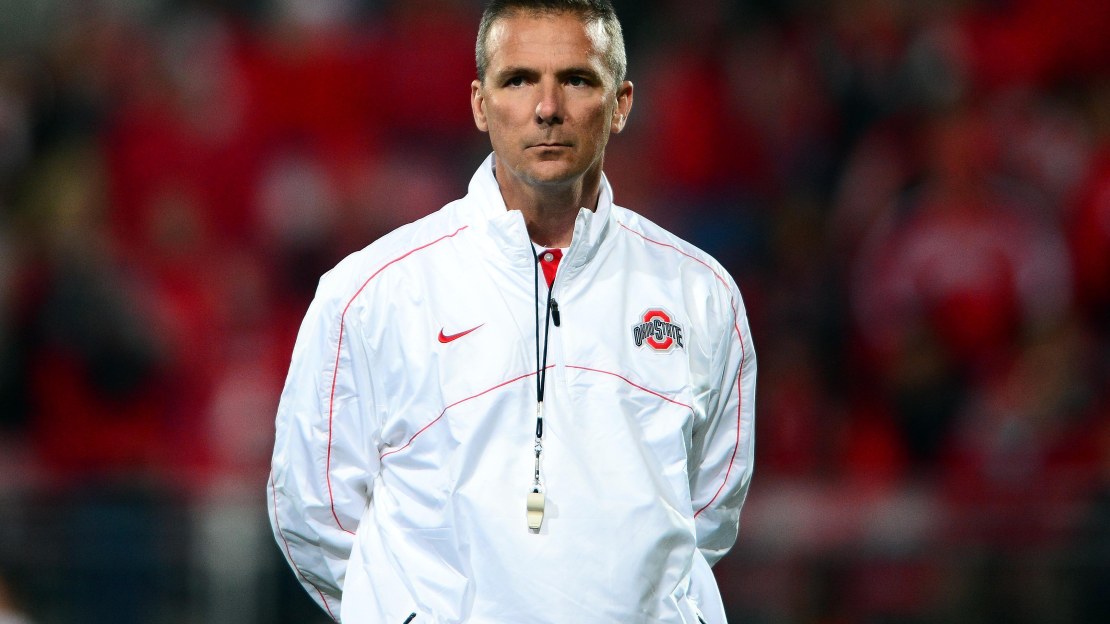 It?s that time of week when I reach into my mailbag. It looks like my unit rankings are generating quite the interest, based on the amount of cards and letters I have received. I always enjoy hearing from Big Ten fans! So, please stay in touch. Let?s get started.

A well-known columnist you may know from the Cleveland Plain Dealer said he'd be surprised if Urban Meyer completed this current six-year contract. My question: Where would he go, considering most college programs compared to Ohio State are lateral moves? Maybe television? – William
Meyer?s track record says he doesn?t hang around long. Check it out: Bowling Green, two years; Utah, two years; Florida, six years. So, keep that in mind. Health also has to be an issue for Meyer, considering what we have learned from his days at Florida. Perhaps Meyer one day would like to try the NFL. It?s the top of his profession, a competitive challenge for the ultra-competitive Meyer. He was good at TV and could return to that. But there is no better college job than the one he has now, as you point out. Who knows? I do know Meyer is off to a terrific start in Columbus with a chance to build something great.

T-Magic for the Heisman baby! – Tommie Frazier
Is this the REAL Tommie Frazier? Regardless if it is, or if it?s some 14-year wearing a replica jersey in his mom?s basement, I like the way you think! Ohio State?s Braxton Miller no doubt is the preseason Heisman favorite from the Big Ten. But Taylor Martinez may end up as an even better candidate. The senior is seasoned, confident and finally running an offense he has been in a while. Martinez also is surrounded by some of the best skill-position talent in the Big Ten. Add it all up, and he should have some huge numbers for a team that could win the Big Ten. If that happens, Martinez at the least will be a Heisman finalist in New York.

Do you think Braxton Miller has a chance to win the Heisman? Or does Ohio State?s lack of strength of schedule hurt his chances? – Ken Niekamp
OK, some equal time for Miller. He should be much better in his second season running Tom Herman?s offense. I?m not sure if the junior has as much proven skill talent around him as Taylor Martinez does. Yes, Ohio State isn?t playing a daunting schedule-but neither is Nebraska. But the bottom line is this: If Ohio State or Nebraska goes unbeaten or loses just one game, and their quarterbacks excel, schedule strength won?t matter. They will be legit Heisman contenders.

Ohio State with the No. 3 backfield in the Big Ten? Are you kidding me? Behind Northwestern? When you factor in Braxton Miller, the Buckeyes have the best backfield in the country, let alone the B1G. – Jeff
No doubt, there is a lot to like about Ohio State?s backfield: Carlos Hyde, Rod Smith, Bri?onte Dunn. Those are some big backs. I just don?t know if there is a star among that group of Buckeye running backs. Northwestern has a 1,000-yard rusher in Venric Mark and some depth, too. The Badgers are No. 1 in my book and won?t skip a beat with James White and Melvin Gordon toting the rock in Montee Ball's absence.

In regards to your running backs rankings, Michigan is deep and talented, as you pointed out. As long as our O-line, which is young but extremely talented, jells early, we should easily have a 1,000 yard rusher… or two. – Michael McDowell
Two? Maybe one. Much will depend on if Fitz Toussaint can regain his 1,000-yard form of 2011 after injury ruined last season. And like many folks, I can?t wait to see true freshman Derrick Green, billed by many as the top high school running back last season. I?m not expecting much from veterans Thomas Rawls, Vincent Smith and Justice Hayes. Each had a great chance to impress in the spring-and none did.

I liked the answers of Purdue OC John Shoop in your Q&A. In particular, the last one where he says that Purdue (the entire school, not just athletics or football) has been about hard work and needs to be as we move forward. What has been missing at Purdue (football and basketball in 2012-2013) is hard work, endurance and toughness. This is what teams like Northwestern do to win those tough games against power schools. The question: Will the coaching staff be successful in adding the work ethic, endurance and toughness into the existing players in 2013? I think if they are successful, eight or maybe nine wins plus a bowl win are possible. If not, we'll be spectators watching the bowl season. – Barry Marton
I can tell you that Shoop is excited to be at Purdue. He appreciates the opportunity and embraces the school?s offensive legacy. He knows the only way to succeed in West Lafayette is by hard work. This is a no-frills school and requires a no-nonsense attitude by its players and coaches. Darrell Hazell and his staff all understand this. Things are looking up in West Lafayette. And Shoop is a big reason why.

Do you think the Gophers could reach an 8-4 mark this season? I think for the first time in a while, we look strong enough to do that. – Ben
It?s a long shot. I like the direction of the program as it enters its third season under Jerry Kill. But more talent is needed. The offense lacks big-play ability. And the defensive front seven is in transition. Finally, the schedule is filled with challenges. Here is how I predict each game.

So, I have the Golden Gophers going 6-6-just like in the regular season in 2012. By the way, the last time Minnesota won eight games was when it went 10-3 in 2003 under Glen Mason, who won eight or more three times in 10 seasons.

Just to sum up.  Having the best receiver in the B1G and the top two tight ends in the B1G somehow equates to having just the fifth-best receiving corps? – Randomcommenter
Hey, I love Allen Robinson and that collection of tight ends. But there just isn?t enough other proven depth at receiver for Penn State to be ranked any higher among the Big Ten wideout corps.