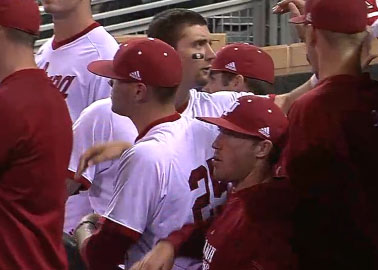 Illinois and Indiana were selected to the 2013 NCAA Division I Baseball Championship. The Hoosiers earned the Big Ten?s automatic bid after winning the conference tournament and are a No. 1 seed, hosting Regional play in Bloomington, Ind. Illinois earned an at-large selection and are the No. 3 seed in the Nashville Regional, marking the second straight season that two Big Ten teams have been selected to the field. Check out the full interactive bracket at NCAA.com.

Indiana (43-14) gives the Big Ten a regional host for the second consecutive season, following Purdue in 2012, and will open NCAA play against No. 4 Valparaiso (31-26). Also in the Regional are No. 2 Austin Peay (45-13) and No. 3 Florida (29-28). The Hoosiers won their first outright Big Ten Championship since 1932 and their third Big Ten Tournament title. Indiana is making its first NCAA appearance since 2009 and its third overall. Read more at IUHoosiers.com.