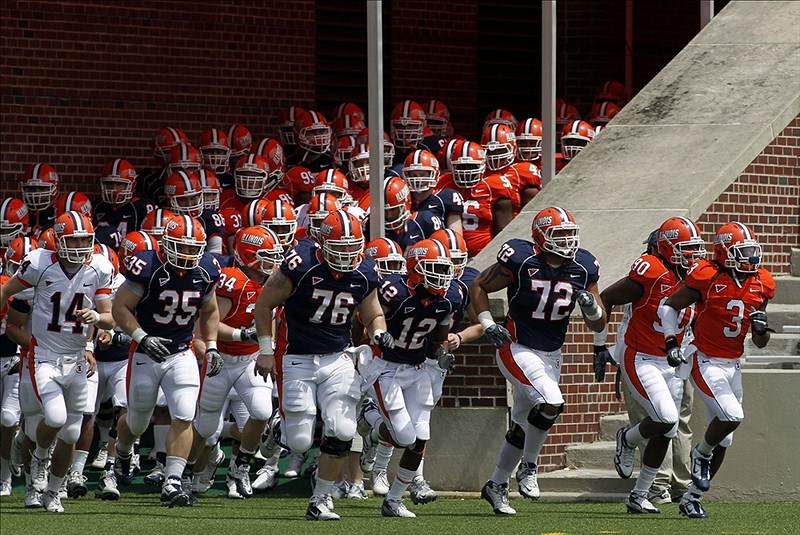 Ever wonder why the SEC is on such a dominant run and the Big Ten is, well, seemingly playing catch up like every other league? Purdue athletic director Morgan Burke offers up what he thinks to the Fort Wayne News-Sentinel is the difference between the Big Ten and SEC business models.

Burke: ?You have two very different models. You have an SEC model and a Big Ten model. The SEC model, almost across the board, is sponsoring the minimum number of sports (16). I'm not being negative toward the SEC, but their strategy has been to take seven men's sports and nine women's sports. That puts them in a gender equity balance. If you are getting 80,000 to 90,000 in your stadium, what that means is you're spending an awful lot on football. You have to call it what it is. I'm not saying it's wrong."

Burke goes on to say, "The Big Ten model is, let's get more kids, more opportunities. We have a larger athlete base. Our grant in aid (scholarship) base is bigger. It's not that we don't spend, but football in the south is a religion. It just is. When you look at the dollars and models, they're very different.?

This Q&A is part of good series on Purdue and Burke. Informative stuff. Check out the other pieces:

Andrew Logue of the Des Moines Register gets it. The new East-West Big Ten divisions are about proximity. Fans can drive to away games. And, proximity is what builds rivalries, which are what build interest and sell tickets. Competitive balance? That?ll take of itself over time, but it?s difficult not to think that the East will be stronger most seasons.

?I think about our fans in regards to those games,? Wisconsin athletic director Barry Alvarez said. ?It?s all about proximity.?

What does Michigan need to do to improve on last season?s 8-5 finish? Cut down turnovers. The Wolverines ranked ninth in the Big Ten in turnovers in 2012 with 27, and was 10th in turnover margin.

"We lost five games, which is unacceptable, and in those five games, we turned the ball over 18 times," Hoke said. "You can't win football games when you play that way.

"That's been a big emphasis; we've got to take care of the football. At the same time, our running game and also playing the run up front and being a little more disruptive - we need to do those things."

Does Michigan State coach Mark Dantonio like Coke or Pepsi? How would he decide? His answer may shed some light on how he?ll handle the Spartans? potentially sticky quarterback situation in the fall.

"Maybe it's to take the Coke and Pepsi and blend them together," he said in a story on MLive.com. "That's a good problem. Competition breeds success. If you have great competition, you'll get great practices, great preparation and involvement by both groups."

But, playing time may be difficult to come by with the Nittany Lions? top seven pass catchers back from 2012, including star Allen Robinson, who led the Big Ten with 77 catches and 11 scoring grabs.

The Myke Henry era at Illinois was brief. In case you are scoring at home, that?s four recruits from Illinois? 2011 class that have bolted.

Mike Shaw, Devin Langford and Ibby Djimde all have exited Chambama since the end of last season. So, that leaves Tracy Abrams and Nnanna Egwu as the lone remaining members of Bruce Weber?s final recruiting class. The roster transformation continues under John Groce. And it?s happening quickly.

Trey Burke is gone after just two seasons in Ann Arbor, but he thinks Michigan could be every bit as good as it was last year in reaching the NCAA title game.

He?s correct. Check it out. Glenn Robinson III and Mitch McGary are potential All-Americans. Nik Stauskas is a dead-eye shooter coming off a sensational debut. Incoming freshmen Derrick Walton and Zak Irvin bring fat scrapbooks to campus. But I wonder how Michigan will deal with massive expectations and being the hunted. And, Burke was a once-in-a-generation player who is extremely difficult to replace.

How much does Hoke value recruiting in Ohio (on @971thefan)? "We're always going to be in the state of Ohio."

My take: Why not? It?s loaded with talent.

My take: This is a beautiful day. In fact, when these magazines hit the newsstand, it should be a national holiday.