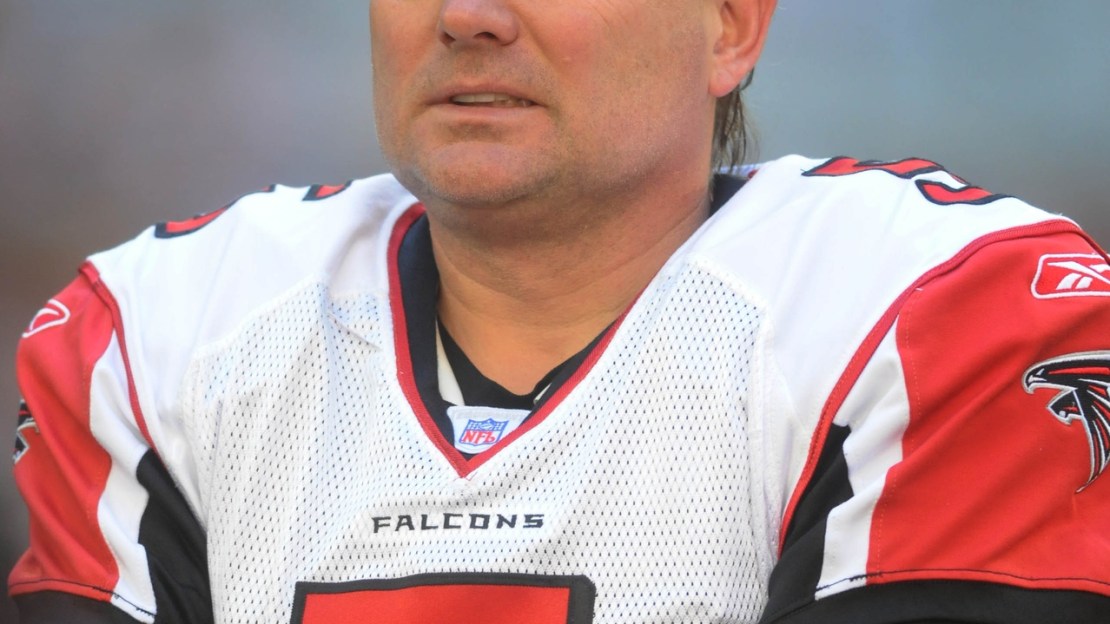 What would it be like to move to a new country, play one year of high school football, and then go on to become one of the greatest placekickers in NFL history? That?s exactly what happened with former Michigan State All-American kicker Morten Andersen. I recently spoke with Andersen and asked him to share some of his best, untold stories during his playing days at Michigan State.

Andersen enjoyed a standout collegiate career as the Spartans? starting kicker from 1978 to 1981. He was a consensus All-American during his senior season and still holds the record for the longest field-goal made in Big Ten history, a 63-yarder against Ohio State. He went on to play in the NFL for New Orleans, Atlanta, the New York Giants, Kansas City and Minnesota. But before all of that, Andersen?s journey to East Lansing was far from ordinary as he didn't know about football until he was 17 years old.

I asked him to share that story and others in my latest installment of Big Ten Tales.

BTN.com: You had a soccer background growing up, so tell me, how did you get involved with the game of football?

Andersen: Well, I was born and raised in Denmark, and then moved to the U.S. during my senior year in high school (as part of a student foreign exchange program). The family that took me in lived in Indianapolis and the father of the family was the vice principal at Ben Davis High School, which is where I went to school. When I came there, I wanted to play soccer, but the school actually didn?t have a soccer program at the time.

BTN.com: I?m guessing that caused a bit of an issue.

Andersen: Yes, because I was a pretty good soccer player at the time. But it turned out that the football team was in desperate need of a kicker, so they asked me to come in for a tryout. I remember I had to conduct my tryout on the second day of school, in front of the whole team, with everyone watching me. I started out with PAT?s which were pretty easy, and then they kept moving me back, all the way to where I was kicking 50-yarders.

BTN.com: Are you serious? Did you make any from 50-yards out?

Andersen: Yeah, I made a couple from out there. I remember, the coach told me, ?We got to get you suited up ASAP.?

BTN.com: That?s incredible. How did you do that year?

Andersen: We were really good. In fact, we finished 11-1 that season and made it all the way to the state finals. There were several guys on that team, including myself, who got scholarships to play football in college.

BTN.com: So how did you end up at Michigan State?

Andersen: I was recruited by both Michigan State and Purdue. The family I stayed with was all Purdue graduates, so they were really hoping I would be a Boilermaker. I ended up taking a trip down there and I just really didn?t like it. Then I went to MSU and it was a totally different experience. I liked the coaches a lot, I liked the school, and I liked the players. They had a Danish kicker on their team by the name of Hans Neilson who spoke Danish with me and just made me feel really comfortable there. I figured, if he could do it, then so could I.

BTN.com: You must have left MSU right before the George Perles era began, correct?

Andersen: Yes, that?s right. Our head coach at MSU was Frank ?Muddy? Waters. He came from Hillsdale, then to Saginaw Valley State, and then to Michigan State.

Andersen: Well, it was a unique situation because he actually had a very close relationship with all the punters and kickers. He delegated all the other positions to other assistant coaches, so he had time to work with us and took a liking to us. I remember he had us doing some of the most unusual drills I had ever seen in football.

BTN.com: What was the most unique drill he had you guys do?

Andersen: I remember he would have us stand up on a balance beam with one foot, while balancing a baseball bat on the other foot. He would time us to see who could hold their balance the longest. It was quite bizarre.

BTN.com: Not to be rude or anything, but what sort of relevance does that have to football?

Andersen: The concept was that if you could hold your balance for a long time while doing that, then you would develop good stability in your plant leg. If you think about it, when you?re kicking or punting, the moment that you strike the ball with your foot, you are on one leg and you have to be stable at that moment.

BTN.com: So the team would actually bring a balance beam onto the field during practice?

Andersen: The equipment guys would bring this stuff onto the football field and they would time us to make it into a competition. Other guys wanted to try it out as well, but they didn?t stand much of a chance.

BTN.com: Seeing an offensive tackle attempt to do that would be quite a sight I have to imagine. Do you think the drill actually helped you in the kicking game?

Andersen: Several offensive linemen did do it, and as funny as it was to watch them, it was also kind of dangerous, so the coaches told them to stop. But, the drill itself really does help. It sounds crazy, but it does have some validity to it. It helps with stability, which is a huge aspect in the kicking game. In fact, we started a trend there as it carried over to the NFL after that. I remember telling my coaches about it when I played with Atlanta and they laughed at me at first, but then they got into it. It began to catch on a little bit after that. Ask any kicker about the drill and they have probably heard of it.

BTN.com: It sounds like you had some good times during your years at Michigan State. Do you ever go back?

BTN.com: That?s right, you were elected into the Michigan State Athletics Hall of Fame. That had to be quite an honor.

Andersen: That was a great honor and it was a lot of fun. In fact, I wasn?t expecting it at all. Mark Hollis called me and told me that they were going to induct me into the Hall of Fame and it turned out to be a great weekend event. Mateen Cleaves and several others were inducted into the same class as me. They honored us at halftime of the football game and it was a great thing to be a part of.