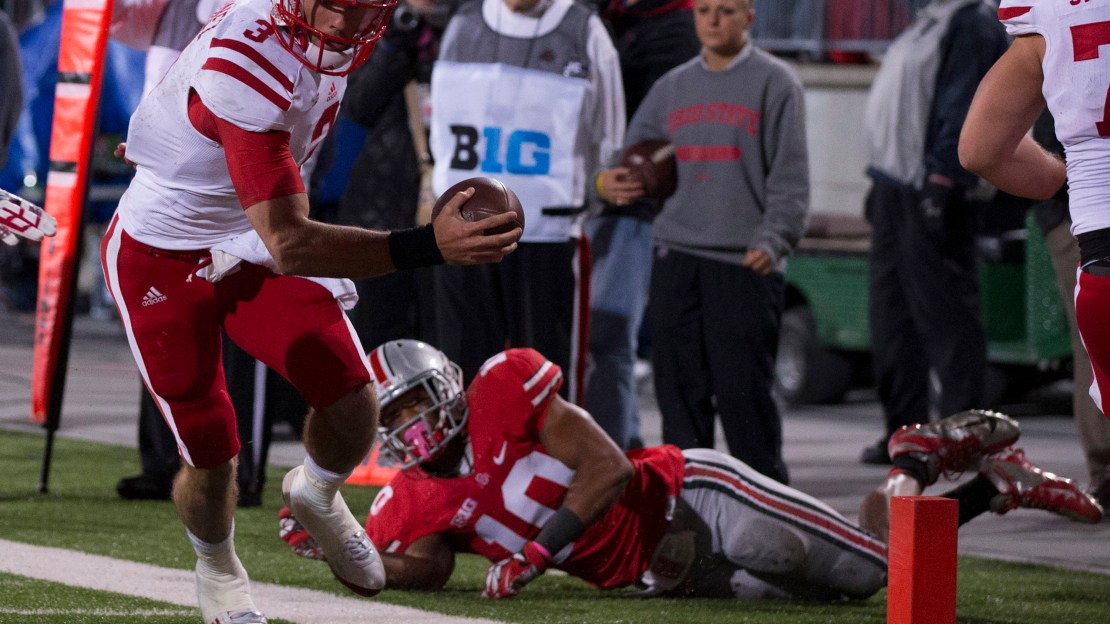 Things set up well for Nebraska, which opens with five games at home and doesn't leave Lincoln until Oct. 12 (at Purdue). It wouldn?t be a shock if Nebraska is 8-0 when it travels to Michigan on Nov. 9 in the only game the Huskers may not be favored in all season. Bottom line: This schedule greases the skids for Nebraska?s return trip to the Big Ten title game, as the Huskers pursue the program?s first conference title since 1999.

Toughest non-conference game: No doubt, the visit from a rising UCLA program on Sept. 14 will be challenging. Last year?s trip to La-La Land was a nightmare for Nebraska. The Huskers allowed 653 yards in a 36-30 loss in the venerable Rose Bowl. It was the first of three horrible defensive performances for the Husker defense (at Ohio State; Big Ten title game). UCLA figures to be a preseason Top 25 team led by QB Brett Hundley. Is Nebraska?s overhauled defense ready for this Bruin offensive juggernaut?

Toughest Big Ten game: Going to Michigan on Nov. 9 will be a significant test. The week before, Nebraska will play host to a strong Northwestern team, making the trip to Ann Arbor even more taxing. The teams have split their two games since the Cornhuskers joined the Big Ten with each team winning on its home field.

Who they don?t play: Nebraska gets a huge break with a flip in its cross-division foes, dropping Ohio State and Wisconsin. The Huskers also don?t play Indiana. Nebraska picks up Purdue and Illinois. Nebraska has played Purdue once, losing 28-0 in West Lafayette in 1958. The Huskers have played Illinois 10 times, as the Huskers lead the series 7-2-1. The last time they played was in 1986, with Nebraska taking a 59-14 triumph in Champaign. Illinois last played in Lincoln in 1985, falling 52-25.

Rugged stretch: Nebraska has a tough four-game run to start November, which begins with games vs. the Huskers? top Legends competition. First up is a visit from Northwestern. That?s followed by a trip to Michigan, a visit from Michigan State and a trip to Penn State. The Huskers have won their two Big Ten meetings with the Nittany Lions, taking a 17-14 win in State College, Pa., and a 32-23 triumph last season in Lincoln.

Interesting factoid: Once again, Nebraska will play Iowa on a Friday in what figures to continue to blossom into a nice season-ending rivalry. The Huskers have won five in succession in the series. The Hawkeyes haven?t scored more than 13 points in any of those five games. In fact, Nebraska has outscored Iowa, 159-41, during the five-game winning skein, winning by an average score of 32-8.

Best chance to pull an upset: It will be on Nov. 9, when Nebraska goes to Michigan in what could be a de facto Legends Division title game. The Huskers lost, 45-17, the last time in Ann Arbor in 2011. By now, the Wolverines? offense may be humming behind QB Devin Gardner. How will the Huskers? overhauled front seven be playing? If it?s making plays, Nebraska may be able to slow down the Michigan offense and pressure the Wolverines? defense with its high-powered attack.

Best chance to be upset: Going to Penn State on Nov. 23 will be tough, but the Nittany Lions may be worn down and beaten up by then. Also, the Cornhuskers need to beware of Northwestern, as Pat Fitzgerald has his most talented team yet. The Wildcats won the last time they visited Lincoln, taking a 28-25 win in 2011. And the Huskers had to rally from a 28-16 fourth-quarter deficit to win in Evanston last season.

Must win: If Nebraska wants to repeat as Legends Division champ, it must dispatch Michigan State on Nov. 15. It?s a trap game, falling between trips to Michigan and Penn State. But history favors the Cornhuskers, who are 7-0 vs. Michigan State. Nebraska has won the two Big Ten meetings: 24-3 in Lincoln in 2011 and 28-24 in East Lansing in 2012. MSU figures to lack the firepower to keep up with Nebraska. Can the powerful Spartan defense slow down the high-octane Husker offense?

Bye weeks: The first one comes after the four non-conference home games on Sept. 28. But the second one comes just three weeks later on Oct. 19 after games vs. Illinois and at Purdue. That?s not ideal. It means Nebraska will finish the season with six games in a row, including the season?s roughest four-game skein in that stretch.