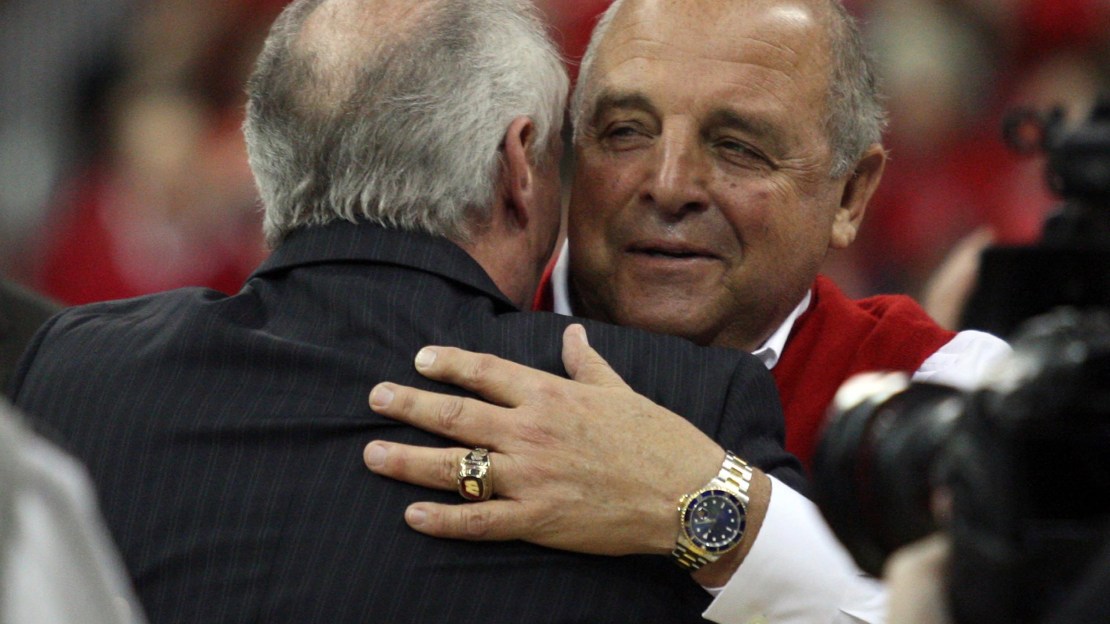 A lot went on at the Big Ten athletic directors meetings that concluded today in Chicago. Here?s a nice summation from Scott Dochterman of the Cedar Rapids Gazette, and another here from Graham Couch of the Lansing State Journal.

[ RELATED: View some of the best tweets from the Big Ten spring meetings ]

Some of my thoughts:

Non-conference scheduling: What?s not to like about the conference wanting to strengthen non-conference schedules, a mantra that continued to be pounded on in Chicago? It will help the Big Ten?s image, make for more attractive TV and enhance the strength of schedule for teams as they jockey for spots in a coming playoff in 2014.

But it seems like a struggle for schools to fill out their three non-con games. I wonder if the Big Ten should just play 10 conference games. Maybe better yet: It would be nice if the major conferences (Pac-12; Big Ten; SEC; Big 12; ACC) could just meet and hash out a schedule rotation between its league members for non-conference games. Why not have college football?s ?big boys? work together on this?

Conference games: It sounds like Big Ten games will be played in September in the near future. Honestly, there should be one conference game each week of the season. It?s a good way to spread the wealth and have at least one nice game on the schedule each week of the season. I recall in the late-1970s Big Ten teams opening vs. each other. By the way, the 2014 Big Ten grid schedule will be released in the near future. Barry Alvarez had said it would happen Wednesday, but that doesn't appear to be the case anymore.

Expansion: The topic wasn?t broached, according to those in the meetings. No doubt, there are other more-pressing issues to deal with at this moment. But, we all know Jim Delany always is ?monitoring the situation.?

[ RELATED: Dienhart: Just say 'No" to divisions for hoops ]

Basketball scheduling: With the league growing to 14 teams in 2014-15, the Big Ten still will stay with 18 conference games-play seven teams twice and four teams once. But why not push this to 20 league games? The conference scheduling already is very unbalanced. The addition of two more teams will make it even more unbalanced. Again, like in football, the more conference games the better-for TV and NCAA resume building.