Dienhart: Just say 'No' to divisions for hoops 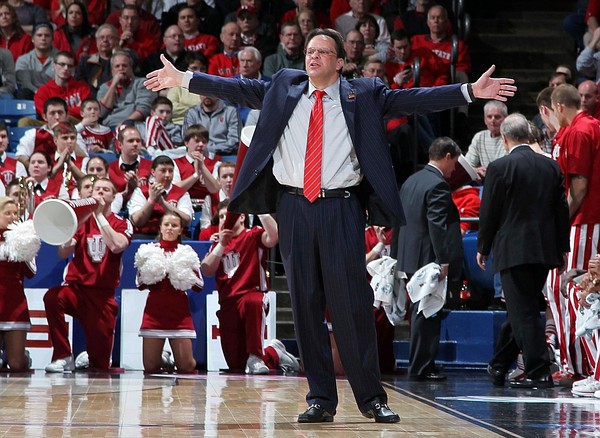 At its spring meetings in Chicago, the Big Ten may discuss if it should have divisional play in basketball, as Rutgers and Maryland are set to join the league in 2014 to make the conference a 14-team entity. My advice: The Big Ten should take a lead from the other major conferences-ACC (12 teams), SEC (14), Pac-12 (12), old Big East (15), Atlantic 10 (16)–and not have divisional play.

Yes, having divisions would make for some fun races down the stretch, as more teams likely would be jockeying for division championships. But in the SEC?s instance, it had some years when a division champ didn?t even earn an NCAA bid. In 2010-11, Alabama won the West with a 12-4 record but didn?t get an NCAA bid, while the East Division?s Tennessee went 8-8 and finished fifth in the East but did get an NCAA bid.

Two years prior, the top four teams in the East went unbeaten vs. West squads. But the top two teams in the West got byes in the SEC tournament. That led East coaches to push for re-seeding of the tourney at the 2010 league meetings.

Finally, in June 2011, the SEC opted to drop divisions for basketball. It was the last major conference that had divisions for hoops.

"We want to get more teams in the (NCAA) tournament and make sure our best teams have high seeds," Kentucky coach John Calipari said at the SEC meetings that June. "It's about the SEC winning national titles. We've got to make sure the top four teams in our league get high seeds. Our goal is to have eight teams every year in the discussion when the NCAA Tournament selection committee starts choosing teams."

In the SEC?s case, a one division format would eliminate the possibility of the third-best team in the league not receiving a first-round bye in the SEC Tournament. The same conceivably could happen in the Big Ten, which currently gives first-round byes to the top four finishers in the regular season.

Here is how the Big Ten standings would have looked last season under the recently adopted new divisions.

See the point against divisions for hoops?

The only leagues that had division last year were the Big South; MAC; OVC; Southern; Sun Belt.