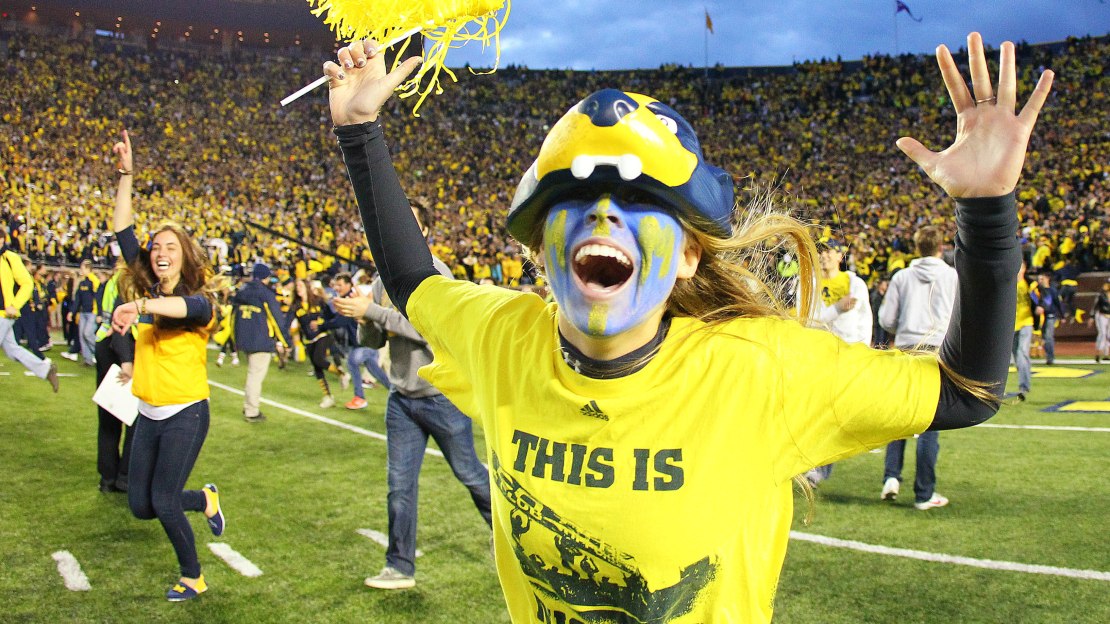 It?s that time of the week when I reach into my mailbag to answers your questions. It seems many of you had an opinion about my post-spring Big Ten power rankings. Good. In fact, football is on the minds of many of you. And, that?s a good thing. The openers are less than four months away.

When will Indiana prove us all wrong and finally make a bowl game after their normal 3-0 start? Oh, and here is my Big Ten ranking:

Wow! Indiana No. 7! Interesting. I think Indiana has a shot to go bowling this season for the first time since 2007. The Hoosiers weren?t far off last season. Those close losses to Ball State, Michigan State and Navy were costly in a 4-8 season. The top skill talent from last year?s offense that ranked No. 2 in the Big Ten (442.0 ypg) is back. And look at the schedule.

There are six winnable games for a program with good momentum under Kevin Wilson, who enters his third season in Bloomington. I looked at Indiana's 2013 schedule here.

What do you think the Hawkeyes have to do to at least get into a bowl? And who do you think should be the starting quarterback? – HawkMan

To avoid missing a bowl for the second season in a row-which hasn?t happened since a three-year dry spell from 1998-2000-the offense needs to develop a passing game, a drain on an attack that ranked 11th in the Big Ten in scoring in 2012 (19.3 ppg). I think the ground game will be fine with the likes of Mark Weisman, Damon Bullock and Jordan Canzeri running the ball. But some wideouts need to emerge. Hello, Kevonte Martin-Manley, Tevaun Smith, Jordan Cotton, Jacob Hillyer.

I think in the end, Jake Rudock will be the starter at quarterback over Cody Sokol and C.J. Beathard. He has to have more than seven TD passes, however, which is all Iowa had last year. Rudock has a nice arm.

In your recent post about future Big Ten non-conference schedules, you should have mentioned Rutgers-which joins the Big Ten in 2014. Check it out. They are pretty good. – Jim

No doubt, the Scarlet Knights? future non-con schedules look good. Here is a look at who Rutgers plays from other major conferences.

And here is a look at who Maryland,-which joins the Big Ten in 2014, plays from other major conferences in upcoming seasons.

Again, not a bad series of games, especially going against West Virginia and Texas. Daunting.

I rank Michigan and Ohio State as just about even and tied in my power rankings. Not buying the Urban Meyer effect that most are giving the Buckeyes. They were always good and tough. This year will be no different, but they will be beatable. Michigan should be better this year than last year. Last year, the offensive line for Michigan was subpar. Taylor Lewan coming back just bolsters that unit, which will allow it to gel earlier. That will allow Derrick Green and Fitz Toussaint room to run. – James F.

You may be correct. We all are chugging the Ohio State Kool-Aid pretty quickly. But why not? The offense should be better than last season-and it already was pretty good, ranking No. 1 in the Big Ten in scoring (37.2 ppg). And I think the defense will be improved, too, even though the front seven is largely new. Plus, look at the Buckeyes? schedule.

Ohio State will be favored in every game but the final at Michigan. To me, the Wolverines have more unknowns. I can?t get excited about anyone on the defense. Lots of good players. Any great ones? And the offense needs some playmakers at receiver. And will the running backs be OK? Fitz Toussaint needs to be healthy, and incoming freshman Derrick Green needs to be a stud.

Remind me in November that you picked Michigan State fourth in the Legends Division. – Dirk Dieters

You have my email address. Drop me a line. I just don?t know how anyone can pick the Spartans over Nebraska, Michigan and Northwestern in the Legends. MSU has questions at every skill spot-and it best weapon (RB Le?Veon Bell) left early. But, I may be wrong. I have been before! The Spartans will have a great defense that could carry the offense until it finds itself-but it remained lost all of 2012.

Minnesota plays host to Wisconsin and Nebraska this fall at TCF Bank Stadium. Will you agree that the Golden Gophers will upset both? – Randy Olson

I?m not so sure about that. I love the progress that Minnesota is making under Jerry Kill, who enters his third season in the Twin Cities. But beating either the Badgers or Cornhuskers will be a monumental task. Minnesota has lost nine in a row to Wisconsin and is just 4-18 vs. the Badgers since 1991. Nebraska has beaten the Golden Gophers 16 times in a row. The last Gophers? win? A 26-14 decision in 1960.