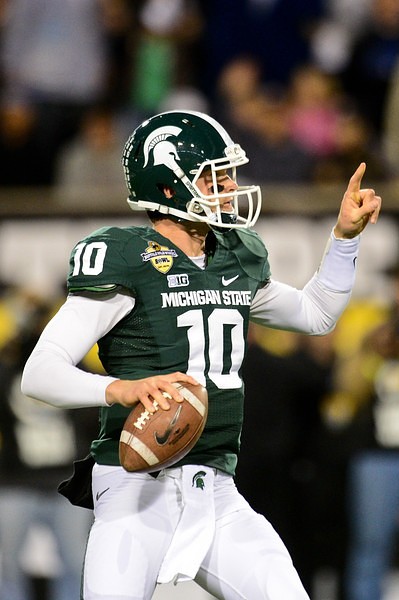 There's no more talked-about position than quarterback, and for obvious reasons. The quarterback, more times than not, is the face of the team, and has his hands on the ball every snap. That being the case, fans love to follow a good quarterback battle.

Which one is most interesting entering the 2013 season? BTN.com's Tom Dienhart and Brent Yarina tell you their battles to watch in this post.

Question: Which Big Ten quarterback situation is most interesting?

Tom: I am watching the Michigan State situation. There is no other way to slice it: Andrew Maxwell struggled in his first season as the starter in 2012. He finished No. 10 in the Big Ten in passing efficiency, hitting just 52 percent of his pass for 2,606 yards with 13 touchdowns and nine interceptions. No doubt, Maxwell was hindered by a receiving corps that struggled for consistency, as MSU ranked No. 9 in the Big Ten in total offense (359.3 ypg) and No. 10 in scoring (20.0 ppg). Still, he had issues with accuracy, too, during a very disappointing 7-6 season that saw the Spartans lose five games by a combined 13 points. Maxwell is back for his senior season, but he did little to quell concerns about his abilities in the spring. Sophomore Connor Cook could be a viable option if Maxwell struggles. The offense, which is under the control of new co-coordinators Jim Bollman and Dave Warner, may want a more athletic option under center. If so, Cook could be the job. Still, it's hard to ignore Maxwell's experience. Bottom line: Stay tuned. Things could get interesting in East Lansing.

Brent: I have my eye on the quarterback battle at Indiana, and I highly recommend others do the same. In Year 3 of the Kevin Wilson regime, the Hoosiers figure to boast one of the Big Ten's most exciting offenses. Between the up-tempo system, the numerous weapons in the passing game and the presence of powerful and underrated Stephen Houston in the backfield, this offense has all the makings for a highly prolific unit. It just might be at its best if Tre Roberson, last year's starter to open the season, is the full-time starter. Roberson is the most athletic of the trio, also featuring Cameron Coffman and Nate Sufeld, however he's coming off a gruesome season-ending broken leg. No, Roberson isn't the best passer of the trio. He's capable, though, and with his ability to run and hurt defenses with his legs, he gives Indiana an element every team wants from its quarterback nowadays. That said, no one knows how Roberson's leg will handle game situations, and Coffman and Sudfeld are both talented in their own right, so there's plenty to watch and monitor under center in Bloomington.