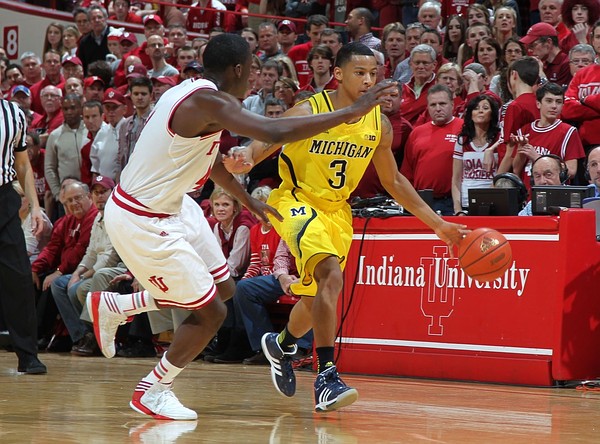 Five Big Ten underclassmen declared for the NBA Draft this spring, and all five were featured prominently on episodes of BTN's "The Journey 2013." Indiana's Cody Zeller and Victor Oladipo, Michigan's Trey Burke and Tim Hardaway Jr., and Ohio State's Deshaun Thomas all have their eyes on the June 27 draft happens at the Barclay's Center in Brooklyn, N.Y.. So look into your crystal ball and tell us which one you think will have the most successful pro career.

We've asked that question on Twitter, and we're tabulating results on BTN Connect. Go to the BTN Connect main page and scroll down to find the Twitter poll as we add up the popularity of these specific hashtags: #ZellerNBA, #OladipoNBA, #BurkeNBA, #HardawayNBA and
#ThomasNBA.

You can vote on BTN Connect or just pop up the poll using the link below:

You can also look back and watch the segments from "The Journey 2013" where we spent time with each of these five future NBA players. And if you want to watch any or all of last season's episodes, we have them all on BTN2Go.