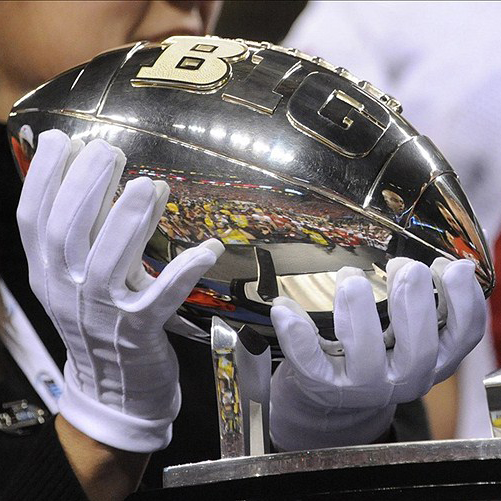 It's official: The Big Ten Conference will have new division alignments set to begin in 2014 and nine-game Big Ten Conference schedules for 2016 after the recommendations were unanimously approved by school athletic directors and supported by the Big Ten Council of Presidents/Chancellors. In a statement released by the conference, Big Ten Commissioner Jim Delany said, "Big Ten directors of athletics concluded four months of study and deliberation with unanimous approval of a future football structure that preserved rivalries and created divisions based on their primary principle of East/West geography."

We break it all down tonight on ?The BTN Football Report? at 7:30 p.m. ET as Dave Revsine, Gerry DiNardo and Howard Griffith discuss this topic and interview Delany, too.

Delany added the directors of athletics also relied on the results of a fan survey commissioned by BTN last December to arrive at their recommendation.

"I applaud moving away from the stuffy, pretentious and down-right confusing ?Legends? and ?Leaders? names. They weren?t embraced from the start - in fact, they?ve been roundly mocked - and they never really have caught on since the Big Ten became a 12-team, two-division conference with Nebraska?s arrival in 2011. To this day, I doubt most fans know which teams are in what divisions. Now, if you know geography, you know where your school plays. Simple."

Beginning in 2016, each school will play three teams from the other division as part of its nine-game schedule. The cross-division games will include one protected matchup on an annual basis between Indiana and Purdue.