Tweets That Matter: Who has a give-a-damn meter? 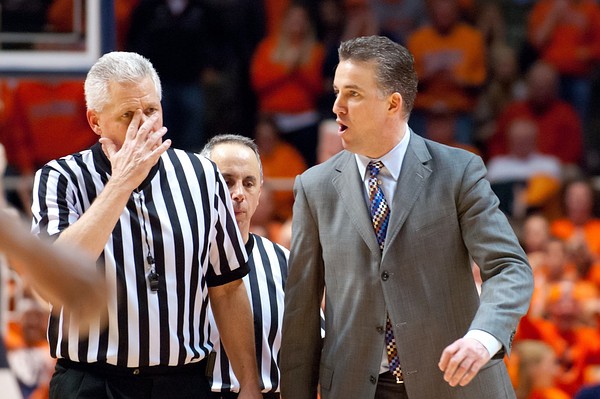 BTN.com senior writer Tom Dienhart spends a big portion of his days on Twitter. While reading all the latest Big Ten tweets, Dienhart enjoys offering his opinion and thoughts on some of his favorite ones. See today?s collection of tweets in this post.

Matt Painter said he doesn't see the urgency with every #Purdue player just yet: "I just want them to register on the give-a-damn meter."

My take: This is classic! No doubt, indifference from some players was a reason for the highly disappointing season.

Don't have a big problem with the new playoff name. Personally, I would have gone with "SEC Member-Guest" or "The Grandson Of Them All."

My take: This is funny.

My take: There is a joke in there somewhere.

Denard said at RB he can take a hit, "at receiver… make cornerbacks look bad" and "in open space, I can?t be tackled one on one."

My take: Let?s add ?modesty? to Denard Robinson?s bust as we prepare for his Canton enshrinement.

I do think Bill O'Brien is getting way too much respect/pub for 1 season. Yes it was a nightmare scenario but he interited a good roster.

My take: He may be getting a bit too much. Still, when Penn State was 0-2, I thought it was sunk. To go 8-2 the rest of the way was amazing.

Something to mull over: Assuming Penn State fields a serviceable quarterback this year, when was the last time the offense was this deep?

My take: True. But why make a big deal out of the unveiling?

#gophers will be selling beer at football spring game 1 p.m. Saturday, in case you were wondering.

My take: Lord help us all.

My take: This only adds to the frustration of Illinois fans, I?m sure.