Wildcats' Fitzgerald: 'Ready to take the next step' 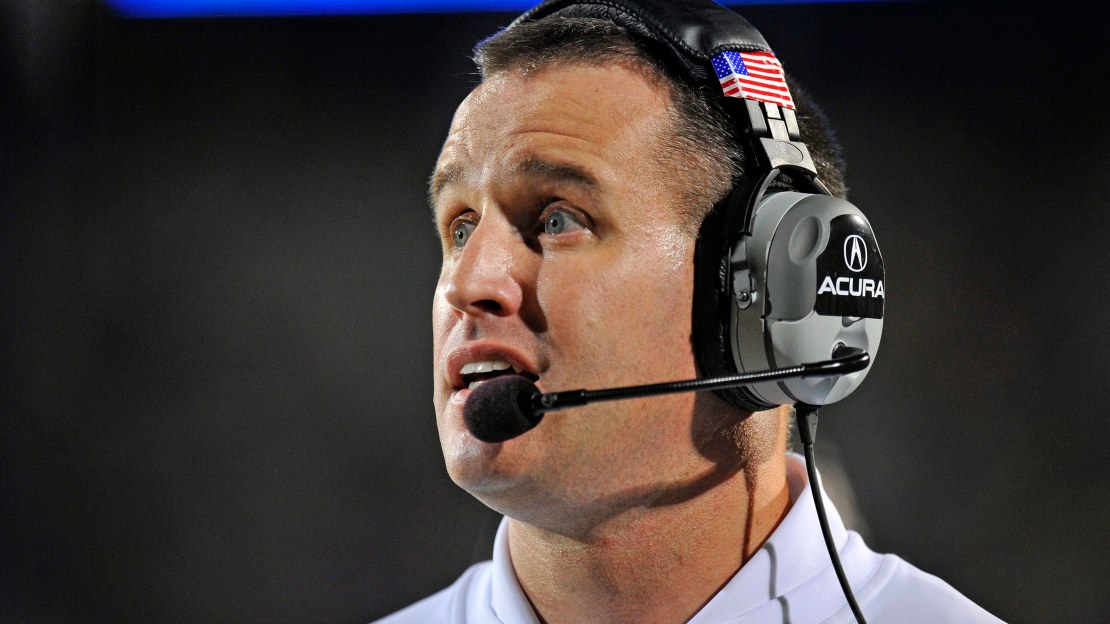 Northwestern coach Pat Fitzgerald is the king of the measured statement sprinkled with a heavy-dose of ?we just have to improve? coachspeak.

And no coach embodies his school more or has greater pure passion for what he does than Fitzgerald, who is just 38 but is entering his eighth year at the helm in Evanston.

But most vital: The man can coach. And this year?s team may be his best yet.

Fitz?s program is sky-high, riding a monster wave of mojo coming off five bowls in a row and a 10-3 season. And after 2012, the Wildcats won their first bowl since the 1948 campaign, downing Mississippi State in the Gator Bowl. What?s next for Fitzgerald and Northwestern? Maybe a Legends Division title. It almost happened last year, as Northwestern blew leads in  losses at Penn State, against Nebraska and at Michigan. I caught up with Fitzgerald recently to get his thoughts.

Q: Will you use quarterbacks Kain Colter and Trevor Siemian any differently this season?

A: I don?t see us using them differently a whole lot from the standpoint we want to win. Whatever it takes. Both guys have a very dynamic skill set. Both guys are very, very talented. That has helped us win football games. We?ll figure out what that means moving forward. I thought a year ago that (offensive coordinator) Mick (McCall) and the offensive staff used the skill set of both guys to our advantage and it really helped us out.

Q: Venric Mark ran for 1,366 yards last season, becoming the school?s first 1,000-yard rusher since Tyrell Sutton in 2006. How much better can Mark be?

A: A year ago at this time, he really made a huge step from a standpoint of the extra work that it takes to be a great player. When you look at the job he has done from that point, it?s All-American caliber. I?m proud of him about that and he has to continue to work.

There is a lot of room for improvement in all of our guys. He just has to keep working hard in the weight room and getting stronger. If he keeps doing that, his skill set marries well our offense and kicking game.

Q: Who will be bellwether at receiver, a position that looks loaded?

A: I don?t know who the one guy is gonna be. We have a very dynamic group. When you look at our spring practices, several guys stood out. Christian Jones, Rashad Lawrence, Cameron Dickerson, Mike Jensen and Tony Jones, that group of guys had a really solid spring. As we keep moving forward, the group will be a strength for us.

Q: With the skill positions seemingly in good shape, is the line the biggest question on offense?

A: It kinda reminds me of a couple of years ago when we graduated quite a few guys-Al Netter, Ben Burkett, Patrick Ward stepped into roles. All three of the those guys, and even Doug Bartels, ended up having great careers. (Center) Brandon Vitabile and (tackle) Jack Konopka coming back are as good of offensive linemen as there is in this conference. Both have played a lot for us. We anticipate moving Jack to the left.

At guard, Matt Frazier and Geoff Mogus have been around a while for us. Adam DePietro and Ian Park had solid springs. And Hayden Baker is a swing guy. We like our depth inside. At tackle, Jack at one spot and Shane Mertz had a good spring. Eric Olson had a good spring and we bring Paul Jorgensen back from injury. There is quite a bit of experience there from being in the program. Once we got them all going, the competition will be good.

Q: Will this be your most athletic defense yet since becoming head coach in 2006?

A: I believe so. I really do. It always starts up front. To have the Big Ten returning sack leader back in Tyler Scott is great. He has a great attitude and work ethic. He has really come out of his shell and is more vocal. He has always been a lead-by-example guy. We had a couple guys to replace a year ago, too, and Brian Arnfelt stepped up. I like the spring Sean McEvilly had. Saw improvement from Chance Carter and Will Hampton. We have good depth. Greg Kuhar had a good spring. We lose Quentin Williams. I thought Dean Lowry had a good first campaign. Ifeadi Odenigbo had a solid finish to his spring. We have a solid wave there.

Q: Could your secondary be better?

A: (Safety) Ibraheim Campbell has been a solid player. The competition between Traveon Henry and Jimmy Hall at the other safety spot was good and on-going. Davion Fleming is a senior also in the mix who reminds me a lot of Jared Carpenter. Terrance Brown adds depth. At corner, Nick VanHoose and D.J. Jones on the edge had good springs. I really like the spring of Dwight White. We have four guys at corner.

And look at our linebackers. We have a nice situation there. Chi Chi Ariguzo has played a lot for us. Damien Proby is a good vet. They are our bell cows inside. We will see who emerges at the other spot. Collin Ellis, Drew Smith are young athletic guys.

Q: Could this be Northwestern?s best team since the 1995 Rose Bowl squad?

A: I think we are more talented. We had great chemistry that year, and in 1996, 2000 and a year ago. The work ethic of our guys last year–to come together as a team from spring to the end of the year. We have had close teams, and last year?s was as close as we ever have had. A lot of guys who were a part of that are back and ready to take the next step.

Q: This team figures to be ranked in the preseason. Will you embrace expectations?

A: Yes. I get asked that a lot. Our expectations internally are higher than external ones. We compete each day to improve and to be a champion. We focus more on improvement and the things we can control. We don?t worry about the things out of our control–positive or negative. But it?s nice to have positive things said. It means we are going some good things.

Q: How important was it to get that bowl monkey off of Northwestern?s back?

A: There are hurdles you have to get over as you build a program. We had a chance to be Big Ten champs entering the last month of last year. We didn?t do what we needed to do. The next step was to be bowl champs. To get that accomplished shows the direction of program. To beat two SEC teams (Vanderbilt and Mississippi State). A Syracuse team that won the Big East. An ACC team in Boston College, we had a competitive schedule. It will be same this year with Cal, Syracuse, Maine, and Western Michigan.

Q: Have you spoken with new basketball coach Chris Collins?

A: We have visited a bit and will do more as he settles in. (New assistant coach) Patrick Baldwin was here when I played. I know him a bit. I am excited to watch them grow.

Q: What do you think of the proposed nine-game Big Ten schedule?

A: I think the nine-game schedule is gonna happen. We need to be on top and schedule accordingly-we need seven home games. That is important for us.