Dienhart: Harris' decision to stay a good one 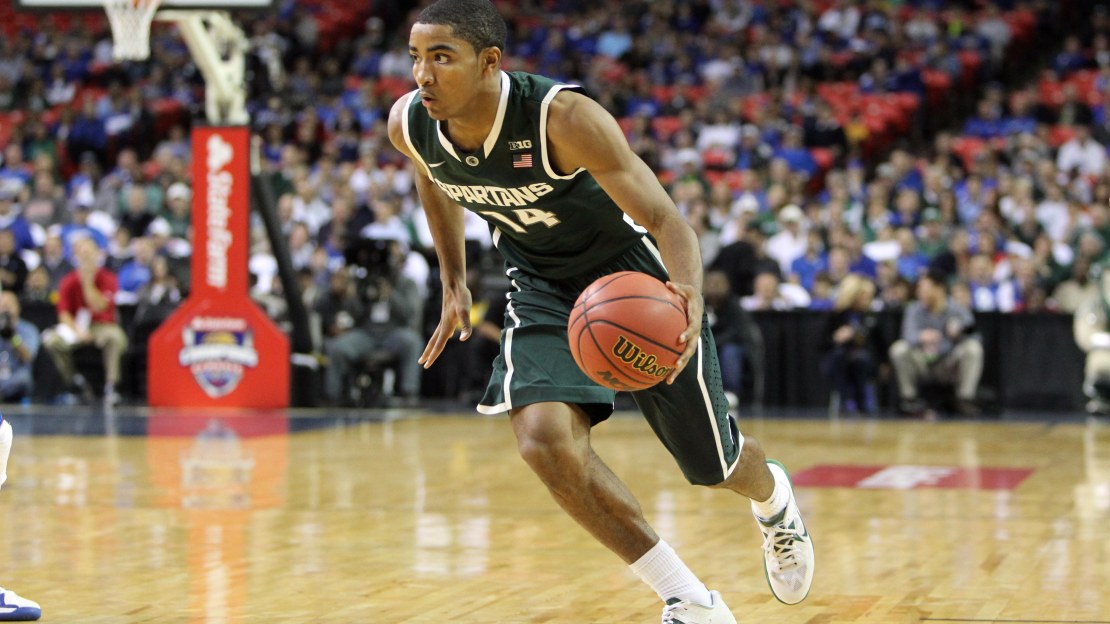 Gary Harris announced today that he was returning for his sophomore season at Michigan State. And he did it without a press conference, too. At 6-4, Harris would be a short off-guard by NBA standards and his ability to create his own shot also remains a work in progress.

By coming back, Harris can hone his overall game one more season while perhaps fueling a big season for Michigan State, too.

"Playing in the NBA is definitely a goal of mine, and something that I've always dreamed of, but those dreams can wait for another day," Harris said in a statement released by the school. "I think additional experience and maturity will be huge in my development as a player. I have other dreams of things I want to accomplish, both as a player and as a team at Michigan State. I love college life, and I'm no hurry to move on."

But this is great news for a Spartans program that figures to be the favorite to win the Big Ten next season-no matter what decision Adreian Payne makes. April 28 is the deadline for underclassmen to declare for the draft.

Harris won Big Ten Freshman of the Year honors, averaging 12.9 points, 2.5 rebounds and 1.4 assists for the Spartans, who finished 27-9 overall and 13-5 in the Big Ten. Harris proved to be a deadly shooter, hitting 41 percent from 3-point range. But he dealt with some injury issues (shoulder and back) last season.

Harris, the 2012 Indiana Mr. Basketball, had been projected by some to be a late-first round pick while others had him was a projected lottery pick – see for yourself at ESPN.com.. But he easily could have been a second-round selection.