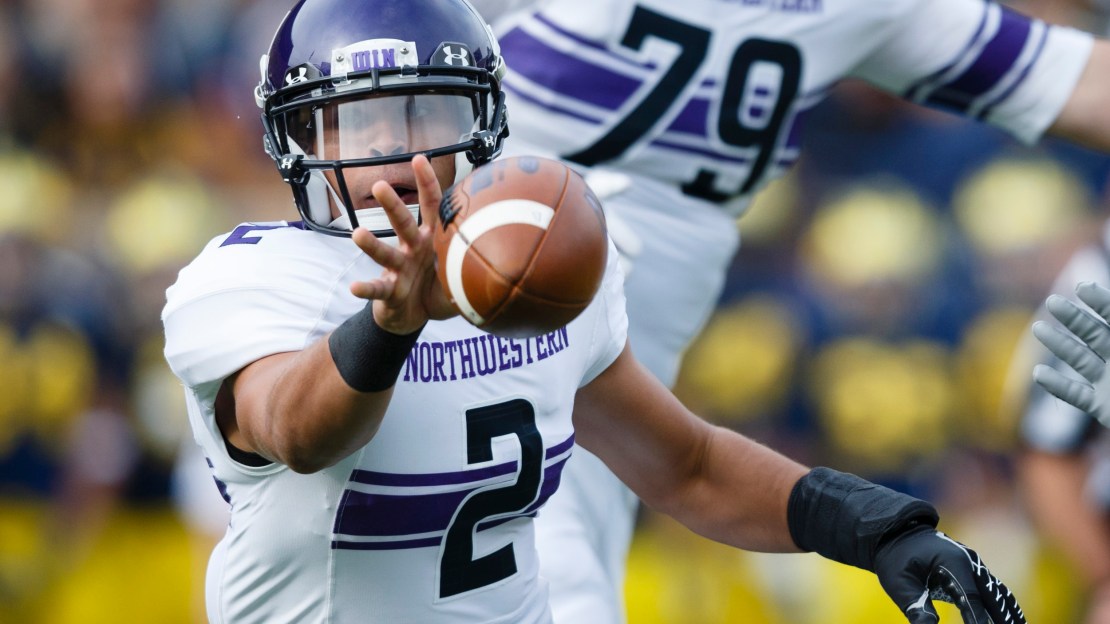 Hopes are high in Evanston. Northwestern is coming off its first bowl victory since toppling Cal in the Rose Bowl after the 1948 season, winning 10 games for just the third time in school annals and first since the 1995 Rose Bowl squad. Now, the possibilities seem endless for what could be Pat Fitzgerald?s most talented team yet at his alma mater. NU has been to a bowl each of the last five seasons and has a legit chance to win the Legends Division if the defense continues to make strides this spring.

BTN provides live coverage of Northwestern's spring game at 1 p.m. ET Saturday on BTN2Go only. It will then air at 9 p.m. ET Sunday on BTN/BTN2Go. Track the Wildcats football chatter on our BTN.com Northwestern Connect page.

The Wildcats haven?t had too much to work on this spring, as the roster is loaded with talent. After all, this is a team that was just 5:03 from an unbeaten record in 2012. It says so on the shirts the players are wearing in spring drills. Seriously, the Cats need to work on the offensive line, which has three holes to fill. Guards Neal Deiters and Brian Mulroe are gone. Mulroe was the stud. Left tackle Patrick Ward also must be replaced.

The QB duo of Kain Colter and Trevor Siemian continues to be refined. They will throw to another deep collection of wideouts led by Christian Jones. RB Venric Mark will be among the Big Ten?s top backs this fall on an offense that has some intriguing options to run the ball.

DL Tyler Scott and LB Damien Proby are good building blocks for a unit that teems with potential. In fact, this is the most speed and athleticism NU has had on defense under Fitzgerald. The departure of David Nwabuisi has created a void at weak-side linebacker. Not only was Nwabuisi good-but he was a leader.

Speaking of linebackers, it will be fun to watch Ifeadi Odenigbo, who redshirted last season after arriving with a fat scrapbook. The guy could be a stud but is coming off shoulder surgery for a strong group of linebackers that also features Chi Chi Ariguzo. The secondary needs to emerge. CB Nick VanHoose is sitting out spring drills with injury. And Quinn Evans and Demetrius Dugar are gone. CB Daniel Jones must set the tone and lead the way as the team?s most seasoned corner.

NU was last in the Big Ten in pass defense.