Hazell Q&A: It's time to climb to the top 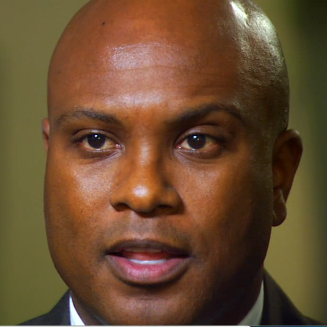 Danny Hope guided Purdue to back-to-back bowl games the past two seasons, but there was little momentum behind the program. That?s why Hope was shown the door after going 22-27 overall and 13-19 in the Big Ten in four seasons in West Lafayette and Darrell Hazell was brought in.

Hazell is coming off a successful two-year run as head coach at Kent State, taking the Golden Flashes to the GoDaddy.com Bowl last season-the school?s first bowl since Glen Mason was the coach back in 1987. Hazell compiled a 16-10 mark and won the MAC East title and what traditionally has been one of the toughest jobs in the nation. In fact, Kent State was a MAC title game victory away from playing in a BCS bowl.

Now, Hazell, 48, has his gaze set on making Boilermakers football relevant. He cut his teeth as an assistant at Ohio State under Jim Tressel, who remains a big influence on Hazell. He worked in Columbus from 2004-10, as receivers coach and then later assistant head coach.

The changes in the program already are apparent. Chief among them: open practices-less paranoia. Players also are being pushed and held more accountable, traits that often were in short supply under Hope. Purdue needs more discipline. It also needs more toughness, a term you?ll hear Hazell utter often. It?s time to win and fill Ross-Ade Stadium.

I talked to Hazell a few days before Purdue was to wrap up spring drills with a spring game this Saturday.

Q: What was the first thing you said to the players when you first met?

A: My first message was: The outside football world sees Purdue as an average football organization and an average football program. I used the parallel that you would go to a great restaurant and order an average hamburger or average steak? The thing I tried to impress is we need to climb our way out of the middle toward the top. It?s gonna take a lot of work, obviously.

Q: What appealed to you about the job?

A: Just that. The challenge. It?s a great academic place. You can take something that people maybe consider mediocre and take it to the top. That drives me day in and day out.

Q: What did you learn in two years at Kent State that you can apply at Purdue?

A: The biggest thing is you can?t flinch no matter what the situation is. We got off to a rough start when we first got there (1-6 in 2011 before winning four of last five). We had a plan in place and we worked the plan. As long as you all are working in the right direction, then you have a chance. If not, you don?t have a chance. You have to find out what your personnel is all about and put them in the right places to succeed. I thought we did a decent job of doing that as a staff.

Q: What did you learn from Jim Tressel?

A: I thought he always made great decisions at the most critical times throughout the course of the season. He always was so poised and always had so much composure. His compassion for people ? I don?t know if I have met a guy like him. If my son ever plays, I?d want him to coach my son. He?s just such a smart guy. He thinks things out and gets you to think about things in a couple of different ways, not just one way. He wants you to see things from all different angles.

A: Two dynamic guys who are different from each other. Both have a plethora of football knowledge and have a way of conveying it. That?s probably as important as the knowledge that they have. Shoop has been around in the NFL and at this level for a long time so he understands what it takes to be successful. The nice thing about it, he has brought a toughness element to Purdue. We have made a commitment to being a tougher football team and we are doing some things schematically to enhance that.

Hudson has a lot of energy and a lot of knowledge. He?s another guy who can relate to the players and make sure they are getting what they need to be successful.

A: We had four goals going into spring ball. One was to be better in special teams. To be a tougher football team. Take care of the football. And we wanted to grow together as a team. That?s what we have wanted to concentrate on and I think our guys have done a nice job with that.

Q: When will the quarterback spot be decided?

A: Probably not until two weeks before we open the season in Cincinnati. We have three guys in the running, Danny Etling, Austin Appleby and Rob Henry. They have done a pretty good job and we have talked to them about taking care of the football.