Spring Preview: All about defense for Indiana 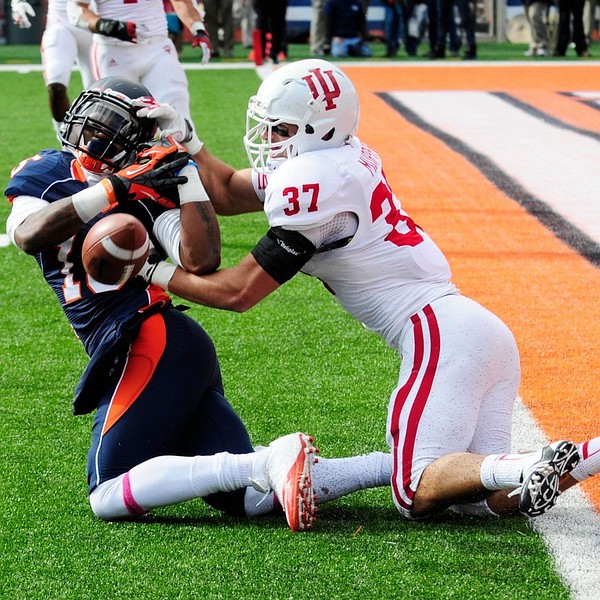 Indiana is a program on the rise as it enters its third season under Kevin Wilson. It also is a young program that?s still developing and lacking a strong senior core. Still, there is some excitement for a program searching for its first bowl since 2007. To take that next step, the Indiana defense needs to improve-a lot. Hope floats for a program that may be on the verge of turning the corner.

BTN provides live coverage of Indiana?s spring game at 4 p.m. ET Saturday on BTN2Go only. The game will then air on TV at 7 p.m. ET Monday on BTN/BTN2Go. Track the Hoosiers football chatter on our BTN.com Indiana Connect page.

Moving the ball and scoring shouldn?t be issues for the Hoosiers, who welcome back many significant playmakers from last season?s attack that ranked fourth in the Big Ten in scoring with a 30.8-point average. How will QB Tre Roberson perform coming off a broken left leg suffered in the second game of the season vs. UMass that ended his year?

The attack could use his athletic ability and ever-improving passing skills. Cam Coffman and Nate Sudfeld are back after displaying promise in Roberson?s absence, giving the staff some options under center. The line needs to continue to improve at run blocking to create room for top RB Stephen Houston.

This side of the ball holds the key. Does that sound familiar? Sure it does. The line needs replacements on the interior for productive DTs Adam Replogle and Larry Black. More pass rushers also are needed off the edge for a defense that lacks playmakers. IU generated a Big Ten-low 13 turnovers last season.

This is a defense that showed some improvement last season, but work remains. To wit: Indiana ranked last overall in the Big Ten (463.5 ypg); ninth in pass defense (232.2 ypg); last in rush defense (231.3 ypg); last in scoring defense (35.3 ppg). LB David Cooper, E Ryan Phillis and S Mark Murphy must help lead the way for a defense that has several veteran hands.