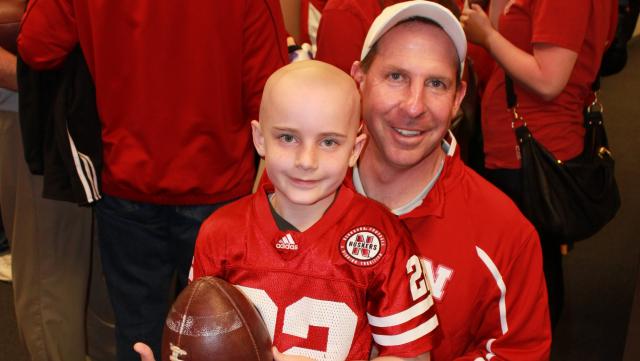 By now, you've probably seen the Jack Hoffman video. The seven-year-old Nebraska fan and brain cancer patient was the talk of the sports world Saturday following his inspiring touchdown run during the Nebraska Red-White Spring Game. No matter one's team, this was one of those moments that all fans could enjoy and feel good about.

Hoffman's exciting day continued after his highlight, too. The young Huskers fan was presented with the game ball and got to hang out with the team and pose for photos, including the one above with Pelini.

It's hard not to love this story – not mention to respect the heck out of Bo Pelini and all the Huskers for making it all possible.

Did you happen to miss Hoffamn's TD run? Here it is:

And here's our "The Journey" segment on Hoffman: