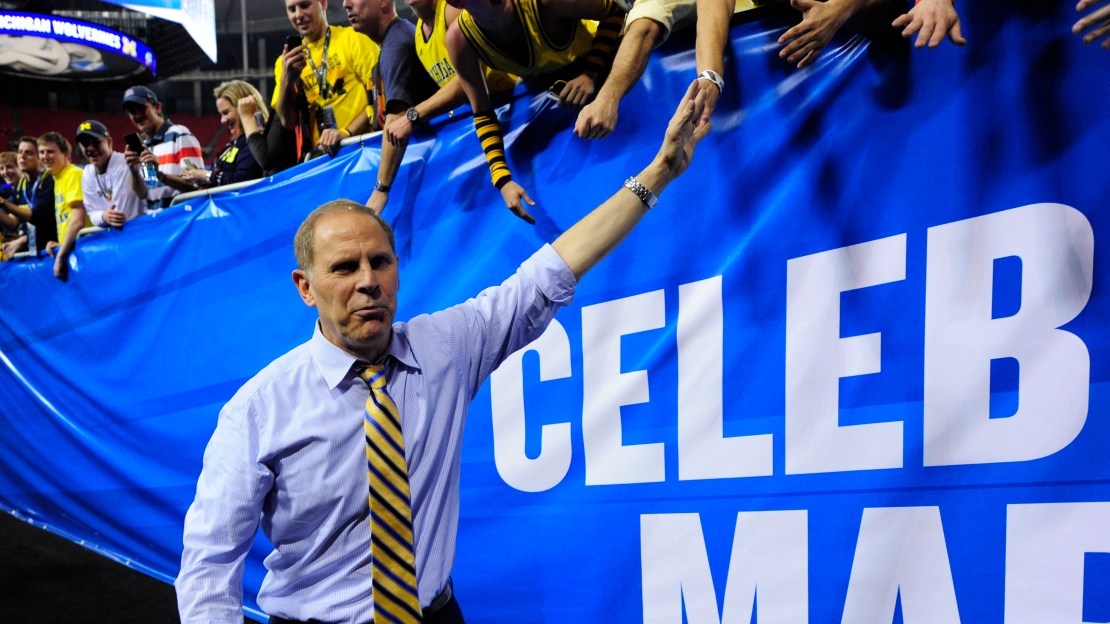 Michigan will take on Louisville tonight, looking for the school?s first national title since the Wolverines knocked off Seton Hall in overtime in 1989. I've watched every Michigan game this tournament pretty closely, and plenty more during the regular season. Here are my nine keys to victory for No. 4 seed Michigan tonight vs. No. 1 seed Louisville.

1. Limit turnovers. No team does this better than Michigan, which is good because Louisville will put a lot of pressure on the Wolverines. Ask Wichita State what that?s like. Michigan had just 10 turnovers vs. Syracuse, 11 vs. Florida, 10 vs. Kansas and 12 vs. VCU. Trey Burke and Co., are more than capable of handling any heat the Cardinals apply. This team has adept ballhandlers and is well-coached by John Beilein.

2. Shooting. Michigan may be the most deadly offensive team in the nation. And a big part of that is its perimeter shooting. Trey Burke, Tim Hardaway, Jr., Glenn Robinson III and Nik Stauskas are deadly threats from deep. Heck, even Spike Albrecht and Caris LeVert can let it rip. Michigan needs to shoot well from beyond the arc to win this game.

[ BTN.COM CONNECT: Read the chatter around this game from Michigan fan & media. ]

3. Speaking of Albrecht and LeVert, the unheralded freshmen are X-factors for Michigan. Any points the Wolverines get from that tandem are icing on the cake. And each has enjoyed shining moments of late. After not scoring since March 3, LeVert tallied eight points vs. Syracuse. Albrecht has scored an aggregate 13 points the past two games. On a night when Trey Burke had just seven points vs. Syracuse, it was key that LeVert and Albrecht combined for 14 vs. the Orange.

4. Trey Burke must be Trey Burke. Obviously, right? But it must be said. And it's not just about scoring. He hit just 1-of-8 shots vs. Syracuse, scoring seven points. He still found a way to impact, grabbing five rebounds and dishing four assists. But Burke needs to score at least 15 points tonight for Michigan to win-scoring on drives and not just settling for impossibly long 3-pointers.

5. Utilize the big fella in the paint. This has become Mitch McGary?s tournament. The freshman big man has scored in double-figures in each NCAA game, hitting 37-of-53 from the field (70 percent) and averaging 16 points along with 11.6 rebounds. The energy and enthusiasm he brings to the court is as valuable as his production. Does Louisville have an answer for him in Gorgui Dieng? John Beilein needs to find out.

[RELATED: Lots of video interviews from our BTN team coverage in Atlanta. ]

6. Play at a quick pace. Michigan needs to play this game in the 70s. In fact, the Wolverines have scored at least 70 points in four of five NCAA games with only Syracuse keeping them under that (61). To score in the 70s, Michigan will need to rebound and get out in transition for some easy baskets before the tough Louisville defenders can get set up. Attack the Cardinals? press; don?t be tentative.

7. Crash the offensive glass. That has been a vulnerability of Louisville. Mitch McGary, Jon Horford, Glenn Robinson III and Jordan Morgan-among others-must try to get some easy baskets off of put-backs. It worked for Wichita State, which had 13 offensive rebounds vs. Louisville in the near-upset. But rebounding hasn?t been a big strength for the Wolverines.

8. Defend the paint. This is where Louisville kills teams, with Russ Smith and Peyton Siva time and again driving into the lane for easy hoops or dish-offs for easy hoops. Michigan isn?t overly physical or a great defensive team. That must change, with Mitch McGary leading the charge to guard the goal to prevent myriad point-blank looks.