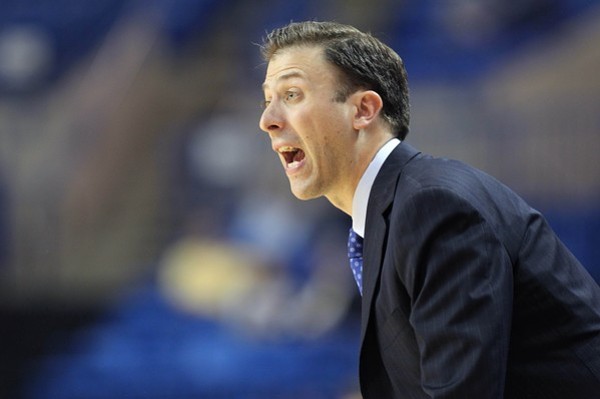 Minnesota will introduce Richard Pitino as their school's 17th men's basketball coach on Friday morning  and you can watch the entire press conference on BTN/BTN2Go beginning at 10 a.m. ET. BTN's Mike Hall and Shon Morris host our coverage. Earlier, BTN.com's Tom Dienhart wrote that this hire fits the job. We also tracked Twitter reaction to the news on Wednesday.

Pitino comes from Florida International where he was the school's seventh coach in the history of the program and helped them to an 18-14 record. He becomes the 17th head coach of the Golden Gophers. Before that, he spent three seasons with the Louisville Cardinals where he served as the team's associate head coach under his father, Rick Pitino, during the 2011-12 campaign.

Pitino earned his bachelor's degree in history at Providence College in 2005, spent two seasons as a manager for the Friar's men's basketball team.

If you haven't checked out BTN2Go, you really should. More and more fans are using it each day. It's a live 24/7 multi-platform extension of BTN TV that lets you watch out TV channel via the internet, mobile phone or tablet. Cable and satellite companies who have agreed to carry BTN2Go will offer it, but you must have BTN as part of your cable or satellite subscription to get it. Find out more at BTN2Go.com