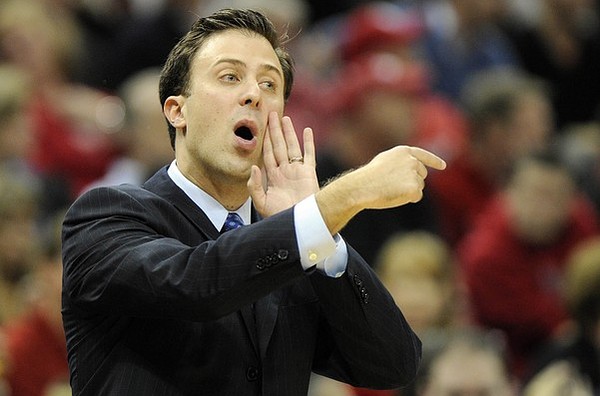 Minnesota hired Florida International coach Richard Pitino as its new men's basketball coach Wednesday. Pitino, 30, is the son of legendary coach Rick Pitino, who guided Louisville to this year's Final Four, his seventh career such trip. See the Twitter reaction to the hiring of the younger Pitino in this post.

Congrats Coach Pitino on becoming the new Coach. Look forward to watching you do great things at the U. #GopherBasketball #skiumah

Welcome Richard Pitino to the Big Ten. He is very bright, hard working and a relentess recruiter. Been a key figure in consistent winners.

Minnesota is getting plaudits for hiring Richard Pitino, 30 years old, with one year of head coaching in a modest conference. Interesting.

Yes, Rich Pitino is son of a coach, but at 30, I'm assuming we don't have to worry about him wanting his kid on staff.

The news that Minnesota is hiring Richard Pitino – son of Louisville's Rick – is a good get for the Gophers & the Big Ten.

Thank you Minnesota for once again proving WHY you are Minnesota.

Looks like Minnesota is going from Tubby Smith, 61, with 1 national title on his resume, to Richard Pitino, 30, with 1 year as HC on his.

For perspective: Tubby Smith was an assistant coach at VCU before Richard Pitino was even born. #Gophers

This is happening, folks.

No offense to Richard Pitino, he's an up and comer no doubt, but Tubby Smith's already there. Makes zero sense.

Norwood Teague has a good rep for hiring head coaches, but this search at Minnesota sure has been interesting. Hope Richard Pitino works.

Pitino son as U of M coach!!! I like it that's what the players need right now someone young and energetic

Saul Smith and Richard Pitino are good buddies from when Tubby was on Rick Pitino's staff when Saul and Rich were kids at Kentucky.

Tubby succeeded a Pitino at Kentucky. A Pitino could succeed Tubby at Minnesota. The quirkiness of college sports.