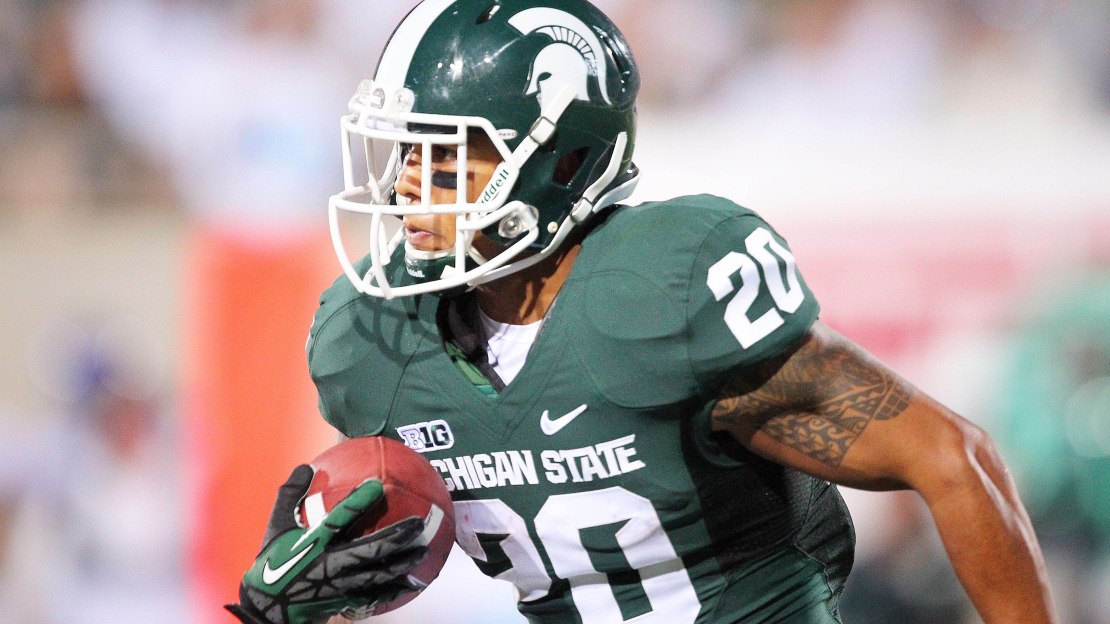 Spring football is in full bloom in the Big Ten, from Lincoln to State College. Many issues must be decided between the conclusion of spring drills and the start of the season. But, most won?t be resolved until fall camp. Until then, here are the 18-yes, 18–biggest Big Ten spring questions.

1. How will the Michigan offense look with Denard Robinson gone?
We got an extended peak last season, when Robinson dealt with injury that forced Devin Gardner to take the controls. And, the results were promising. Coordinator Al Borges will implement more of his pro- and West Coast-style, taking advantage of Gardner?s ability to pass. Bottom line: This will be a more balanced offense-and presumably better.

2. How will the  Nebraska?s defense look?
Let?s be honest: The unit looked bad at times last year-really bad. Who could forget the 70-point debacle vs. Wisconsin in the Big Ten title game? Bo Pelini must do his heaviest lifting along the line, which will need some youngsters to emerge for the group to improve. Redshirt freshmen like Vincent Valentine, Avery Moss and Greg McMullen have to step up around guys like Thad Randle inside along with Jason Ankrah and JC transfer Randy Gregory on the ends.

3. Who is next at Linebacker U.?
The Nittany Lions will miss emotional leaders like Michael Mauti and Gerald Hodges, who also were highly productive. The time is now for junior Mike Hull to step up and be the next top linebacker. Senior Glenn Carson also needs to lead and produce even more. Keep an eye on redshirt freshman Nyeem Wartman and sophomore Ben Kline, two promising youngsters.

4. How will the Michigan defensive line be filled out?
This is a major concern, with end Craig Roh and massive tackle William Campbell gone for a solid unit. Coordinator Greg Mattison will look to junior Frank Clark at end, among others, after junior Brennen Beyer was moved to linebacker following an injury to junior linebacker Jake Ryan. Inside, coaches are watching Jibreel Black, Quinton Washington and Ondre Pipkins.

5. Who will play quarterback at Wisconsin?
The Badgers have myriad contenders. Who will new offensive coordinator Andy Ludwig pick? No decision can or will be made in the spring, as this battle will continue in the fall. Sophomore Joel Stave, senior Danny O?Brien and sixth-year senior Curt Phillips all have started games. Keep an eye on redshirt Bart Houston, who may be the most gifted of them all. JC transfer Tanner McEvoy arrives in the fall. He?s a big signal-caller (6-6) and nice fit for Ludwig?s attack.

6. Will the Iowa offense get any jet fuel?
The offense struggled mightily last season. The passing game was a real drag, as new coordinator Greg Davis? short-passing scheme never took flight. A dearth of quality pass-catchers was an issue. Kevonte Martin-Manley is the top pass catcher back. But, who?s behind him? Complicating matters this spring is a quarterback situation that?s in flux with James Vandenberg gone. It?s a three-man race. And, there doesn?t appear to be any Chuck Longs among them. At this point, the Hawkeyes would settle for Matt Sherman.

7. How quickly will Purdue adapt to a new regime?
The paranoid Danny Hope era is over, replaced by the more fan-friendly Darrell Hazell regime, which also is more secure in its endeavors. But more importantly: Accountability and discipline are demanded, which hasn?t always been the case. The players need to embrace all of this-quickly.

8. Who will carry the rock for Michigan State?
Le?Veon Bell bolted a year early to the NFL. No one could blame the big fella. It?s a three-man race to replace him, with diminutive junior Nick Hill leading the pack. Jeremy Langford, a junior, and redshirt freshman Nick Tompkins also are in the mix. The race will double in the fall with the arrival of three backs-Gerald Holmes, R.J. Shelton, Delton Williams.

9. Can Minnesota find some cornerbacks?
The Golden Gophers lost two good ones in Troy Stoudermire and Michael Carter from an underrated secondary that helped Minnesota rank 12th nationally vs. the pass. Staffers are watching seniors Martez Shabazz and Jeremy Baltazar. The return of safeties Brock Vereen and Derrick Wells will soften the transition at corner-at least that?s the hope.

10. How will Northwestern?s offensive front look?
Pat Fitzgerald?s crew is looking for three new starters with tackle Patrick Ward and guards Brian Mulroe and Jake Deiters gone. The staff will build around center Brandon Vitabile and right tackle Jack Konopka. Keep an eye on tackle Paul Jorgensen and guard Matt Frazier-though each are out this spring with injury. Redshirt freshmen like Ian Park, Adam DePietro and Kenton Playko could be factors.

11. How will the Ohio State defensive line look?
The Buckeyes lost every starter off of last year?s standout front, headed by Nathan Williams, John Simon and Johnathan Hankins. But don?t weep too much for Ohio State. Sophomores Adolphus Washington, Noah Spence and Tommy Schutt flashed promise last season and figure to quickly live up to the hype they brought to campus in 2012.

12. Will Indiana?s defense be improved?
Look, moving the ball and scoring points won?t be issues for Kevin Wilson?s Hoosiers. The key will be Indiana?s ability to defend-in particular, stop the run. IU yielded a Big Ten-worse 231 yards rushing per game in 2012-and that was with standout tackles Larry Black, Jr., and Adam Replogle. The Hoosiers also were last in the league in total defense and scoring defense. This must change for Indiana to break back into the bowl business.

13. Who will take snaps at Penn State?
Highly productive Matt McGloin has left campus as an all-time great. Who saw that coming? Sophomore Steven Bench and JC transfer Tyler Ferguson are the combatants this spring. But this race won?t be decided until the fall, when incoming freshman hotshot Christian Hackenberg arrives.

14. Who will take snaps at Purdue?
Not much clarity is expected here, as new coach Darrell Hazell looks for a signal-caller with Robert Marve and Caleb TerBush both gone. Rob Henry, who has seven career starts, is back after seemingly battling injury his entire career. But it?s the youngsters who excite and bubble with potential, especially redshirt freshman Austin Appleby and true freshman Danny Etling, who is going through drills. Fellow true freshman Bilal Marshall also is in the mix. Hazell is going to walk this competition all the way through fall camp.

16. Will we see the full fury of Ohio State?s offense?
This is Year Two under Urban Meyer and his famed spread-option power offense. QB Braxton Miller showed great flashes last season en route to earning the Silver Football. Can he take things to the next level and pass even better? How will Jordan Hall look playing a Percy Harvin role? Will more playmakers emerge at receiver? If all of this happens, Ohio State may not lose and could play for the national championship.

17. Can Illinois score more?
The offense was abysmal in Tim Beckman?s debut. Last in scoring, last in total offense, 11th in rushing offense, 11th in passing offense. Get the picture? Bill Cubit was brought in to run the offense. He?s good. But his fancy playbook won?t matter unless the line improves. Stay tuned.

18. Is Andrew Maxwell the answer at quarterback for Michigan State?
He was pedestrian-at best-in 2012. No doubt, poor play at receiver hampered Maxwell. But he needs to improve and is being pushed by Connor Cook and Tyler O?Connor, a mobile sort who just may be what the doctor ordered. Two new coordinators (Dave Warner and Jim Bollman) are running the show. And they are there for a reason. This offense must be fixed.