Debate it: Will Nebraska defense improve in 2013? 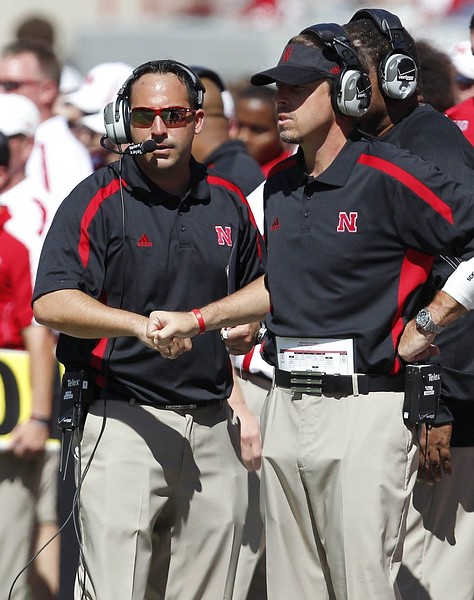 Nebraska holds its annual Red-White Spring Game at 3 p.m. ET Saturday, and you'll be able to watch it live on BTN/BTN2Go. As we'll be doing with every team this spring, BTN's Tom Dienhart and Brent Yarina address one hot topic facing each team entering the 2013 season. Up first: Nebraska.

Question: Will the Nebraska defense improve in 2013?

Tom: No one knows for sure. The reports from spring football have been mixed. There isn?t an area on this defense that doesn?t cause Cornhuskers fans to wring their hands. The front seven in particular is a grave concern. Where are the playmakers? The run defense was especially abysmal in 2012, ranking 10th in the Big Ten (192.5 ypg). And Nebraska ranked ninth in scoring defense (27.6 ppg). A gaggle of youngsters must step up along the line, including the likes of Avery Moss and Vincent Valentine. JC transfer Randy Gregory needs to be a stud. And for the unit to improve, the linebackers also must step up: David Santos and Michael Rose. There are a lot of ugly memories of 2012 to erase. Who can forget the 653 yards allowed at UCLA? The 63 points allowed at Ohio State? The 70 points yielded to Wisconsin in the Big Ten title game? Bo Pelini says he won?t stray from his schemes or philosophies in what shapes up as a critical season in his tenure. So, the personnel must improve. If it does, this could be a Big Ten championship team, as the offense should be outstanding. Stay tuned.

Just how much did the Nebraska defense struggle last season? Here you go:

Brent: It can?t get any worse, can it? A season ago, this unit was torched for 63 plays of 20 yards or more and surrendered an average of 53.5 points and 595 yards in its four losses. In fact, the last two times we saw the "Blackshirts," they were at the their worst, allowing 115 points (70 to Wisconsin) and 1,229 yards in the Big Ten title game and Capital One Bowl. It?s a new year, though, so enough with last year's numbers. The good news for 2013: Nebraska, which owns one of the Big Ten's top offenses, returns only three defensive starters. How?s that a positive? Experience is great, but it doesn?t mean much if every legit offense gashes you. And what this year?s defense lacks in playing time, it makes up for in speed and athleticism – something the 2012 Huskers lacked. With the improved speed, especially on the edge, and a completely new front seven, the coaches may simplify their scheme a bit and become more aggressive, take more chances. Such an approach could help, especially vs. the dual-threat quarterbacks that tore apart Nebraska. So, while the new players aren't household names yet, they provide a much-needed dynamic that can improve this unit.