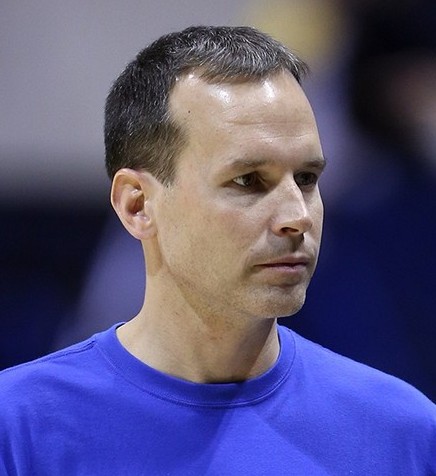 "I'm so grateful … for the opportunity to lead the men's basketball program at one of the premier universities in the world, to compete in the Big Ten Conference, and to do so in my hometown," Collins said in a statement released by the school. "Northwestern University is a special place that strives for excellence in every regard, and our program will be no different. I can't possibly thank Coach Krzyzewski and Duke University enough for preparing me for this day."

When news of the hiring came out last week, BTN.com's Tom Dienhart wrote that the move makes so much sense.

"In most every way, Collins is the opposite of Carmody, which almost always is the case when a coach is fired and another is hired. Different is good. No, different is demanded. Collins is 36 years old; Carmody is 61.

Collins never has been a head coach; Carmody had coached Princeton four seasons and earned two NCAA bids and two NIT invites before taking over NU. But maybe most vital: Collins brings name cachet to the dreary, dead-end NU job, where coaches like Rich Falk, Bill Foster, Ricky Byrdsong and Kevin O?Neill all failed fabulously over the past 30 years."

We also took a look at recent history and found that few Biog Ten head coaching jobs have been filed with an assistant coach. See the full chart right here.

If you're going to watch he press conference online, make sure you have BTN2Go, our live 24/7 multi-platform extension of BTN TV. You can watch it at BTN2Go.com or via the app. Cable and satellite companies who have agreed to carry BTN2Go will offer it, but you must have BTN as part of your cable or satellite subscription to get it.