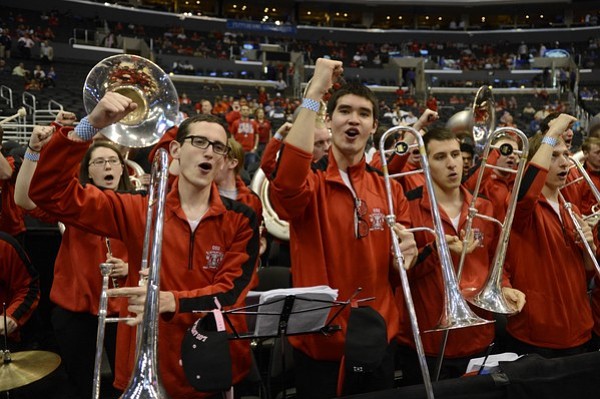 With a brief break in all of the hoop action, it?s time for me to reach into my BTN.com mailbag. Lots of interest in Ohio State, which looks like it has a good shot to perhaps reach the Final Four.

So, let?s dig right in. Keep those cards and letters coming as you can always reach me right here. And enjoy the games.

Do you know what kind of offense Chris Collins will run at Northwestern? There is no reason why the Wildcats can't get in the tournament. -Ryan Eaton

Collins hasn?t said too much about his plans in Evanston so far as he's still part of the Duke Blue Devils run in the Big Dance. But, expect him to run schemes and concepts that he?s familiar with. So, think Duke. I agree on the notion that NU should be able to field an NCAA-caliber team from time to time. It?s amazing to think the program never has been to the Big Dance. Better talent is needed. But I also think the school needs to invest in facilities. A Big Ten hoop team needs a Big Ten-quality arena.

Would you agree that Ohio State has the easiest path to play in the tournament? – Pete

Agreed. Many felt when the bracket was unveiled that Ohio State had the easiest bracket among Big Ten squads, with Gonzaga being the No. 1 in the West. Then, the region was obliterated in the second and third rounds, with Gonzaga falling along with No. 3 New Mexico, No. 4 Kansas State and No. 5 Wisconsin. That only enhanced OSU?s chances to reach the Final Four in Atlanta. After dispatching No. 6 Arizona last night, Ohio State is just a victory over No. 9 Wichita State from advancing to the Final Four for a second season in a row And it is doing all of this without Jared Sullinger and William Buford. Amazing.

Do you think Ohio State will go all the way? I think so. – Philip Cook

The Buckeyes have to feel like a team of destiny after winning their last two games on last-second shots over Iowa State and Arizona. Ohio State is hot, too, riding an 11-game winning skein. The Buckeyes are playing terrific defense and getting complementary scoring around superstar Deshaun Thomas. I don?t know if Ohio State can win the national title. But it has a nice shot to get to the Final Four.

It?s a brilliant program. Knowing Ellis and Teague were on the ground floor of this shows you the vision and smarts of the tandem. Knowing that, you have to figure they will land a quality candidate. Many interesting names are being mentioned by those who cover the Golden Gophers. Among them: Xavier?s Chris Mack.

Will Amir Williams ever develop for Ohio State? Or was he overrated coming out of high school? At 6-11, he plays with little energy and NO physicality. – William Legg

No doubt, Williams hasn?t developed as many have hoped. This was supposed to be a breakout season of sorts, with Jared Sullinger gone. But Williams is averaging just 3.6 points and 3.9 rebounds this season for a team that has a yawning need for post production. He?s only sophomore, so there still is time. Williams has been playing some good defense in the NCAA tourney. He never may be a scorer but must rebound and defend. Bottom line: Williams could just be a role player. Nothing wrong with that.

How do you get a quality coach to go to Minnesota and work in that barn of a gym? Looks to me like somebody is living in a dream world. – Richard Dilbeck

Yes, the Golden Gophers need to renovate Williams Arena, a k a ?The Barn.? But it?s still a viable venue. In fact, I think it?s one of neater arenas in the Big Ten. It has some character and can be a loud and intimidating place.