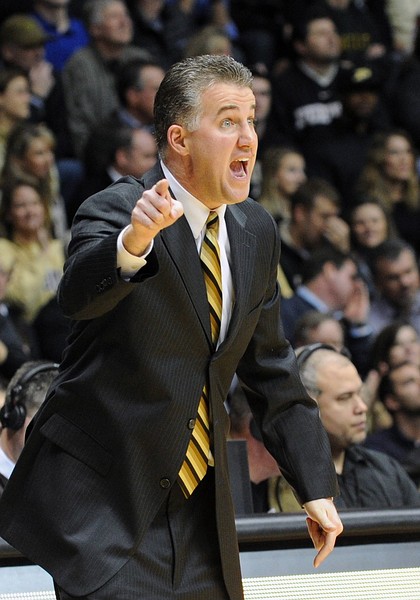 Purdue used its efficient offense to power past Western Illinois 81-67 on Wednesday at Mackey Arena in West Lafayette in the College Basketball Invitational.

Purdue (16-17) hit 58 percent of its field goals (31-of-53). The Boilermakers went into the locker room with the momentum and came out of the second half flying as well. Trailing 30-22 with 7:24 to go in the first half, Purdue went on a 20-6 run to seize a six-point advantage early in the second half.

Even in defeat, Don McAvoy III came through for Western Illinois (22-9), with 16 points and 5-of-9 shooting from the field.

The Leathernecks hit 50 percent of their field goals (26-of-52). Western Illinois also got double-digit performances from Remy Roberts-Burnett (15 points) and Michael Ochereobia and Adam Link, who each scored 12.

HALFTIME: Purdue leads 37-34 over Western Illinois at the half thanks to double-digit scoring performances from A.J. Hammons (11 points) and Terone Johson (10).

The Boilermakers trailed 32-27 when they broke out for a 10-0 run to overtake the Leathernecks and seize a five-point lead.

Purdue has been effective inside, making 14-of-24 two-point field goals, but the Boilermakers have struggled on the perimeter, shooting 1-for-4 from three-point range.

Remy Roberts-Burnett led Western Illinois in the first half, with 11 points.