NCAA Preview: Indiana ready to roll as No. 1 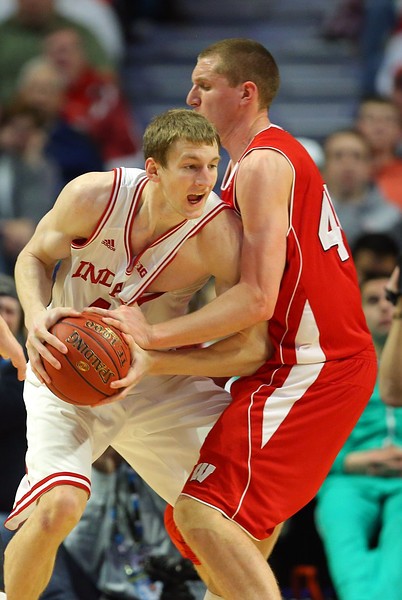 Tom Crean and the Hoosiers didn?t get the No. 1 spot in the Midwest-and the chance to play the second weekend of the tourney in Indianapolis that came along with it–but they are No. 1 in the East and open in nearby Dayton, Ohio. All in all, it's not a terrible draw, especially when one looks at the loaded field in the Midwest. However, Indiana is only 3-3 in its last six games.

How far can it go? All the way, as the No. 3 overall seed in the tourney.  The East Region isn?t filled with daunting foes, as Miami (Fla.) is No. 2, Marquette is No. 3 and Syracuse is No. 4. Basically, it?s Final Four or bust for a program that has dealt well with heavy expectations all year in a triumphant turnaround season.

Best third-round matchup: No. 8 N.C. State or No. 9 Temple would be next for Indiana after opening vs. the winner LIU Brooklyn and James Madison. A meeting with the Wolfpack could be interesting. This was the preseason ACC favorite, but N.C. State disappointed. Still, this team has four starters back from last year?s Sweet 16 team, including big men C.J. Leslie and Richard Howell. If N.C. State is dialed in and interested, it could be dangerous to Indiana?s health.

Chance to advance to the Sweet 16: Excellent. The Hoosiers are as good offensively as any team in America. Just look at the weapons: Cody Zeller, Victor Oladipo, Christian Watford, Jordan Hulls, Yogi Ferrell. Should I continue? You get the point. Indiana can play fast or in the half court. And when all else fails, it can just toss the ball into Zeller. But this team doesn?t get enough attention for the tough brand of defense that it plays, which is every bit as big a reason for the Hoosiers? success as their offense is.

Who needs to shine: Cody Zeller. The Hoosiers are at their best when the offense runs through the 7-0 sophomore. Yes, he has issues in traffic, but Zeller is a force in the paint with underrated strength and grit. He?s also a much-improve defender. And few players get to the free-throw line as often as this quiet assassin.

X-factor: Christian Watford. The 6-9 senior is a wondrous talent with NBA skills. But often times he seems disinterested and not dialed in. If Watford is intense and playing with fire, Indiana is very difficult to beat because of the matchup issues that he poses for opponents. He?s especially deadly as a shooter trailing on the fast break.