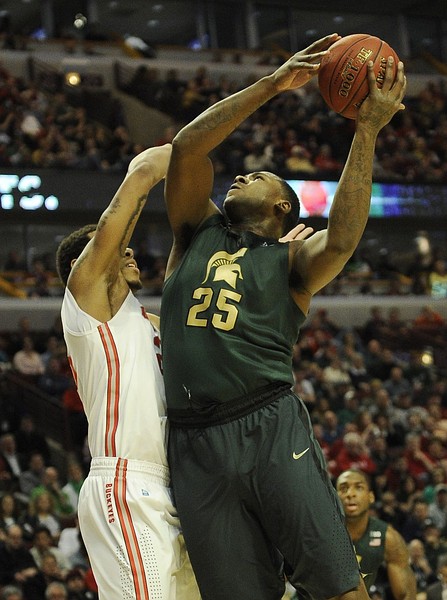 Bracket makers didn?t do Michigan State any favors, putting it in the Midwest Region-which most experts feel is the toughest with No. 1 overall seed Louisville sitting atop it. That said, the Spartans get to play the first weekend in Auburn Hills, Mich., and if they advance to the second weekend, they play in Indianapolis.

How far can it go? It basically comes down to the Spartans? ability to hit shots in what is their 16th NCAA tourney appearance in a row. If MSU can?t, it struggles mightily on offense and becomes ordinary and very beatable. If the shots from outside are falling, this could be Tom Izzo?s seventh Final Four team. And, like other Izzo teams, this edition of the Spartans has improved as the season has progressed, playing the likes of UConn, Kansas and Miami (Fla.) in non-conference action and gaining mojo down the stretch. This team is a nice mix of youngsters like Gary Harris and Denzel Valentine and veterans like Derrick Nix, Keith Appling and Adreian Payne.

Best third-round matchup: A clash with No. 6 Memphis may loom. The Tigers are an athletic team that can run. But the Tigers likely haven?t seen a team as big and physical as Michigan State. The Spartans ability to rebound and defend should be enough to overwhelm Memphis

Chance to advance to the Sweet 16: Very good. In fact, if it doesn?t happen, it will be a disappointment. This team has been built to succeed in the postseason, playing a tough non-conference schedule. Heck, a front line of Nix, Payne and Branden Dawson should be enough to carry to team to two victories, beginning with an opening tilt vs. No. 14 Valparaiso. Reach the Sweet 16, and Duke may be waiting for the Spartans. The clash of college basketball royalty hasn?t happened often in March. In fact, just two times with the teams splitting.

Who needs to shine: Adreian Payne arguably has been Michigan State?s best player, coming into his own as a junior. Payne is a monster athlete at 6-10, able to run the floor and make athletic plays around the basket. But he has taken his game to another level with the ability to step out and hit a jumper to 3-point range. And Payne is a rangy defender whose long arms make him a shot blocking force in the lane.

X-factor: Keith Appling. Tell me you aren?t surprised? Appling must shoot well and limit turnovers. It?s vital the junior point man makes those around him better, too, as he steers the Spartan attack. Appling has endured his share of ups (the Kansas game) and downs (a brutal three-game stretch vs. Indiana, at Ohio State at Michigan). He must play smart and hit shots from outside to open the interior for the talented MSU front line.