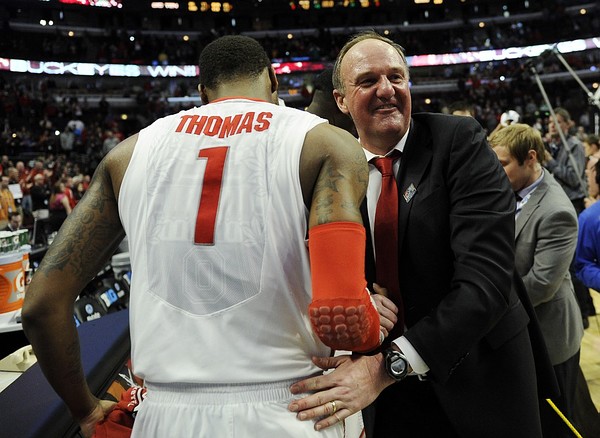 The Buckeyes are one of the hottest teams in the nation, winning eight in a row en route to capturing the Big Ten tourney title.

This team is playing great defense, led by Aaron Craft and his ball-hawking all over the court. The guy is the ultimate pest. Shannon Scott and Sam Thompson also are active forces, and Evan Ravenel and Amir Williams are strong in the paint.

How far can it go? Ohio State went to the Final Four last year. And, it could make a run back this season as a No. 2 in the favorable West Region, considered the weakest in the field. This squad is peaking at the right time, and it has the weapons to get to Atlanta.

Best third-round matchup: A clash with No. 7 Notre Dame may loom. The Fighting Irish are paced by Jack Cooley, a low-post force. ND is a good passing squad that also is skilled offensively. Scoring and shooting are fortes. Those skills would challenge Ohio State and its ability to play defense. It would be a fun matchup and chess game between Thad Matta and Irish coach Mike Brey.

Chance to advance to the Sweet 16: Good. In fact, if it doesn?t happen, it will be a disappointment. Ohio State has the makings for a run to the Final Four for a second season in a row. There?s a chance the Buckeyes could meet No. 5 Wisconsin-its foe in the Big Ten title game–in the West Region title game with a Final Four bid on the line. First, Ohio State must beat No. 15 Iona in its first game.

Who needs to shine: Deshaun Thomas. He?s the ?franchise,? a true scoring stud who hasn?t met a shot he doesn?t like. Thomas seemingly has limitless range, as well as low-post moves. The junior is just the ultimate scorer who carries the load each and every game. He also isn?t afraid of the big moment or the big shot. Thomas is a true star whose offensive prowess offsets any of his defensive liabilities.

X-factor: Shannon Scott. He has really come on down the stretch, playing in concert with Craft in the Buckeye backcourt to give Thad Matta a pair of deft ballhandlers and defenders, the part of Scott's game that stands out the most. In fact, there may not be a better defending tandem of guards in the nation than Ohio State?s duo of Craft and Scott.